emilybaker (47)in Urban Exploration • 2 months ago

On the outskirts of the city of Goiania in Brazil, there is a very interesting abandoned building, popularly nicknamed the "Red Castle". In his story there is a lot of incomprehensible, mystical, and simply creepy. Neighbors heard voices more than once in a building in which no one has ever lived. The strange layout of the building raises questions. Almost nothing grows on the ground next to the building. Let's go to this strange place. 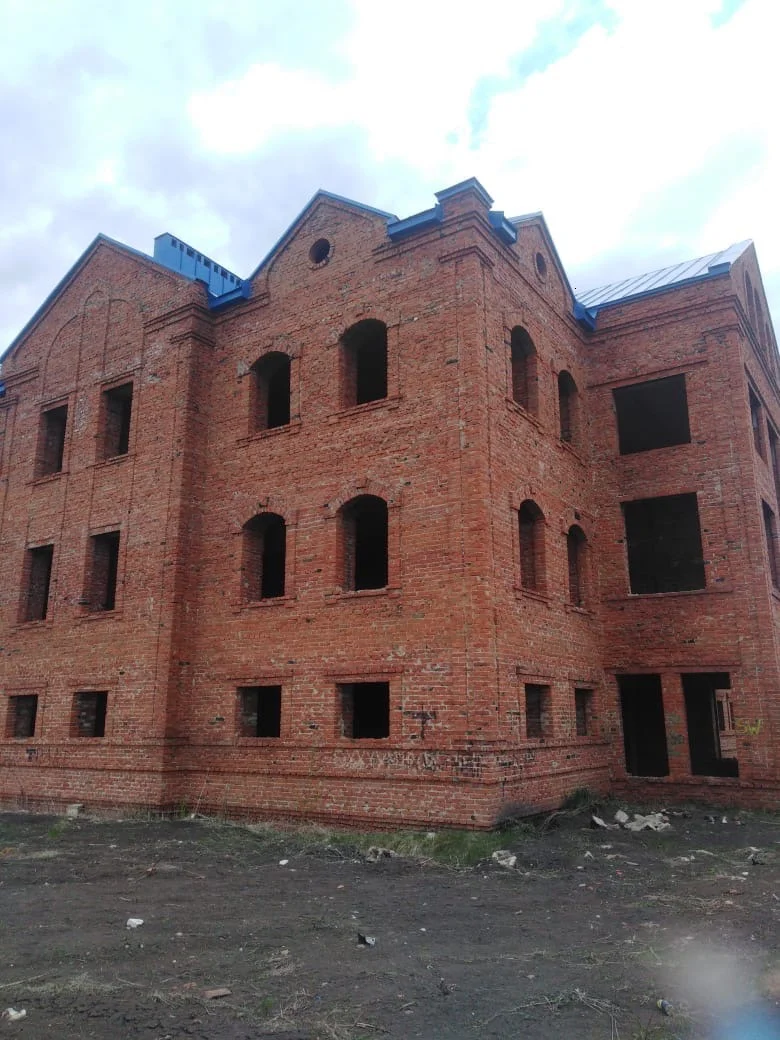 Already on the approach to the building it becomes uncomfortable - the black eye sockets of the windows look not at all friendly. 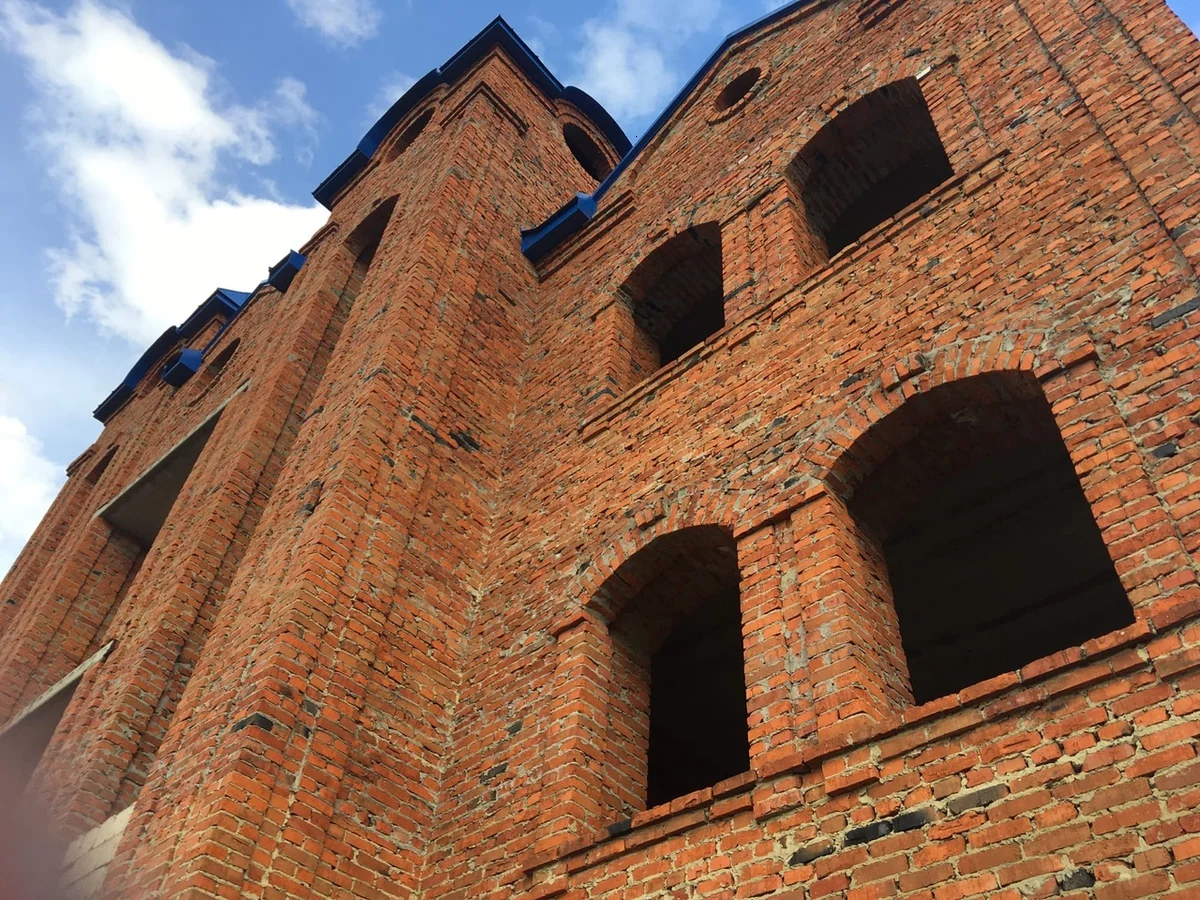 Red Castle. Despite the fact that the building has been abandoned for many years, the roof retains its flawless blue color. 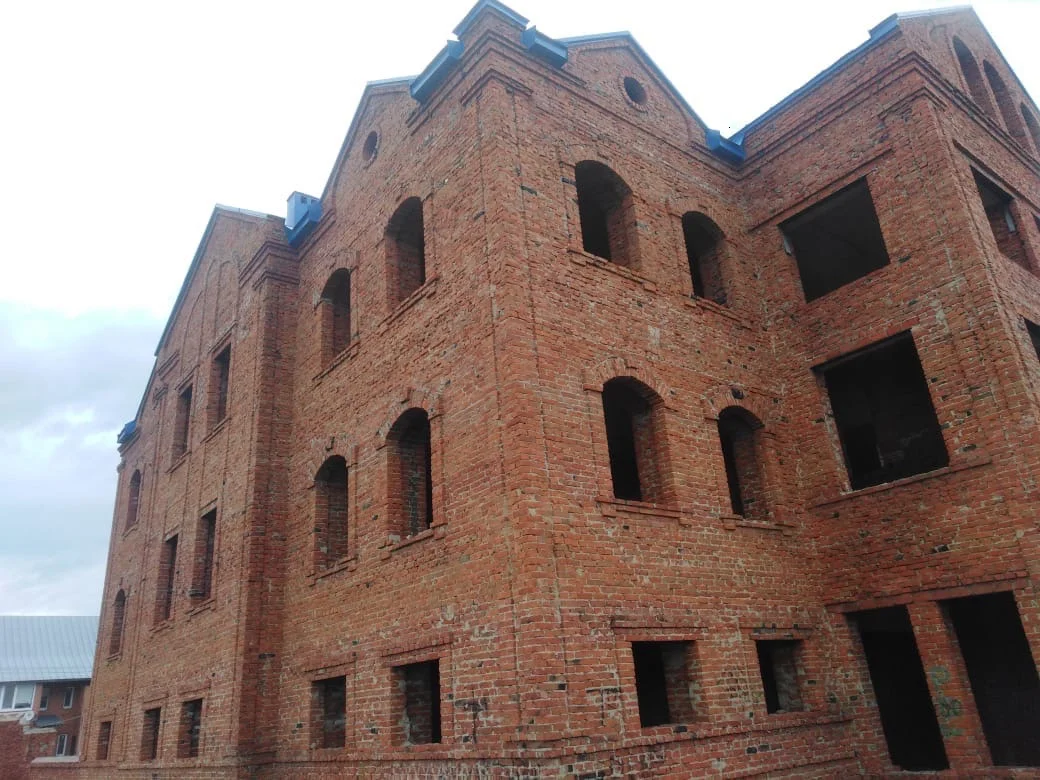 It is not known who exactly was the owner of the building, but they say that the owner was imprisoned before he could complete the house, the building was taken away for debts, and for many years they tried unsuccessfully to sell, but there were no buyers for this building. Gradually, the Red Castle was destroyed, the stalkers found more and more passages inside. Now you can get to the 1st floor without hindrance, to the second - with a certain skill, and you won’t be able to get higher without special equipment. 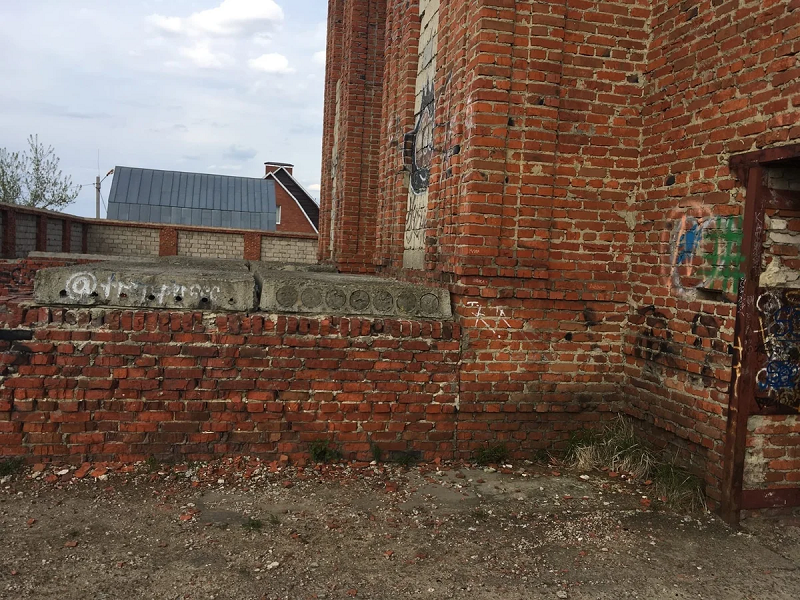 According to rumors, even during the construction of the building, workers fled from here, refusing to work here, without even taking their wages. What the mystical aura of the building is connected with is not known for certain. But, when the building was already abandoned, and there were no passages and entrances to it, and even the windows were blocked, the neighbors heard noise and voices from there at night. I noticed that there is very little debris inside, as well as outside. Usually these places are just littered with bottles and stuff. But, it is absolutely obvious that homeless people do not even spend the night here! What is very strange - the building is huge, and without protection. 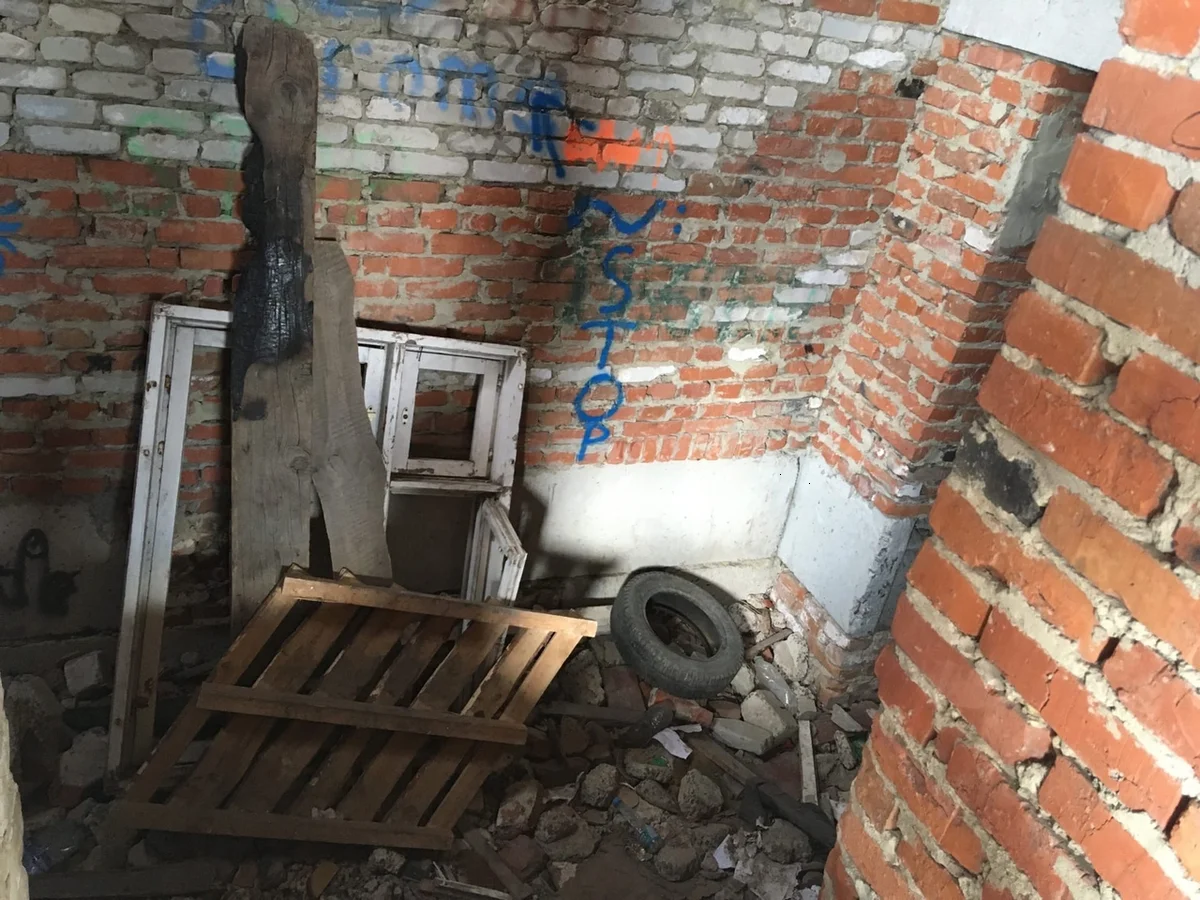 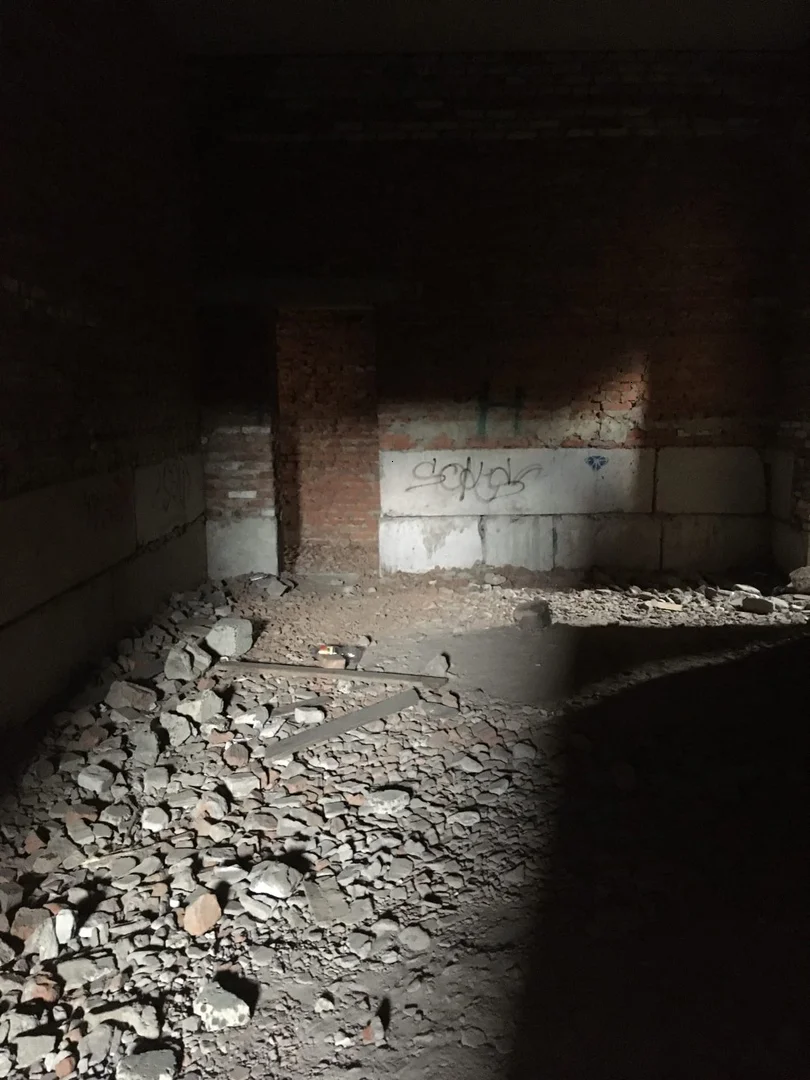 Voices were coming from this cellar! 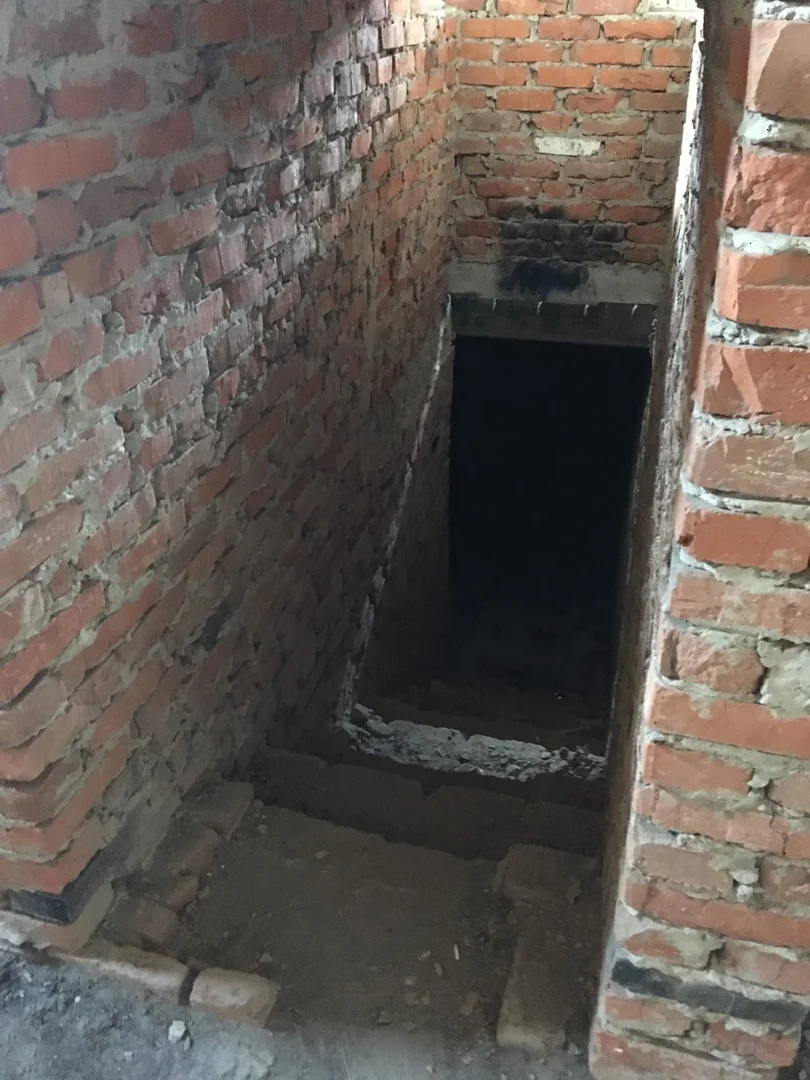 Really creepy that building. I think you are very brave to get inside it, I wont be able to do that.
Thank you to share the history and the pictures

Congratulations @emilybaker! You have completed the following achievement on the Hive blockchain and have been rewarded with new badge(s):

Assuming you haven't done much or any editing to the photos, seems like not even the light likes to go in there, not surprised animals and plants aren't too keen either XD

What were the voices talking about? Or you didn't hang around to find out? :)

of course she didn't find out, she was never there, the post is plagiarised

Plagiarism is the copying & pasting of others' work without giving credit to the original author or artist. Plagiarized posts are considered fraud.
Guide: Why and How People Abuse and Plagiarise
Fraud is discouraged by the community and may result in the account being Blacklisted.