Widow's Farm was another fantastic location given to me by @grindle some time ago.

It was mid-July, the height of summer when @dizzydiscovery and I made the long journey into the upper Midlands to view this one. Being in the middle of nowhere helps with avoiding the nosey bastards, but can cause problems parking.

I find that wide junctions are often a good place to dump the vehicle and hope the cops don’t come along to give you hassle.

I looked at this farmhouse thinking, 'OK, so going in the front door is out of the question', and so we made our way around the back, through thick corpses of nettles, brambles, and any other weed that can trip you up en-route to get in the back door. I didn't feel it immediately but @dizzydiscovery felt a chill inside, and not due to the differing heat. These old buildings are generally cold but was this the same type of cold? 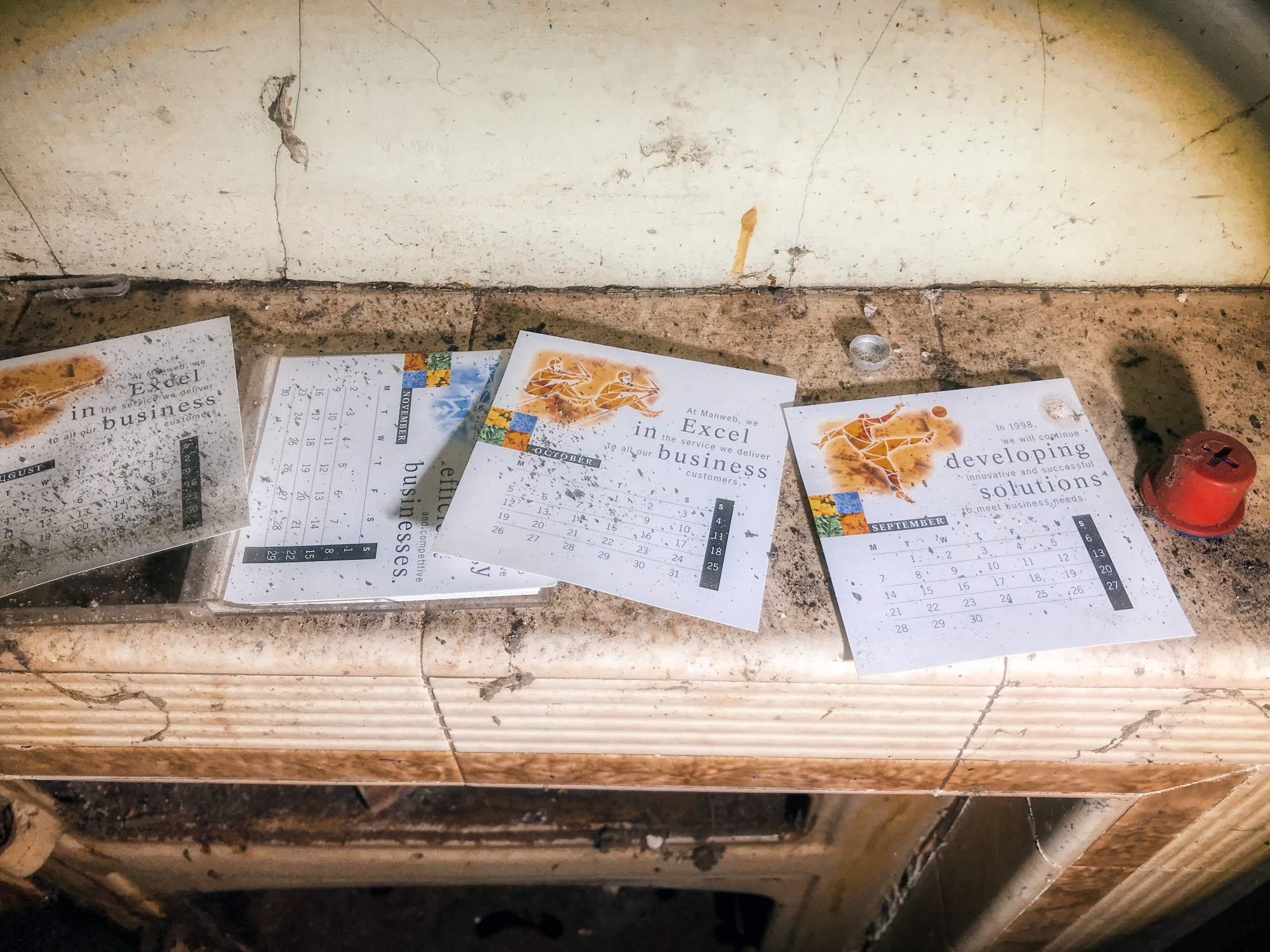 Many things had been removed from this house and the kitchen was quite bare besides this Microsoft propaganda from the late '90s. 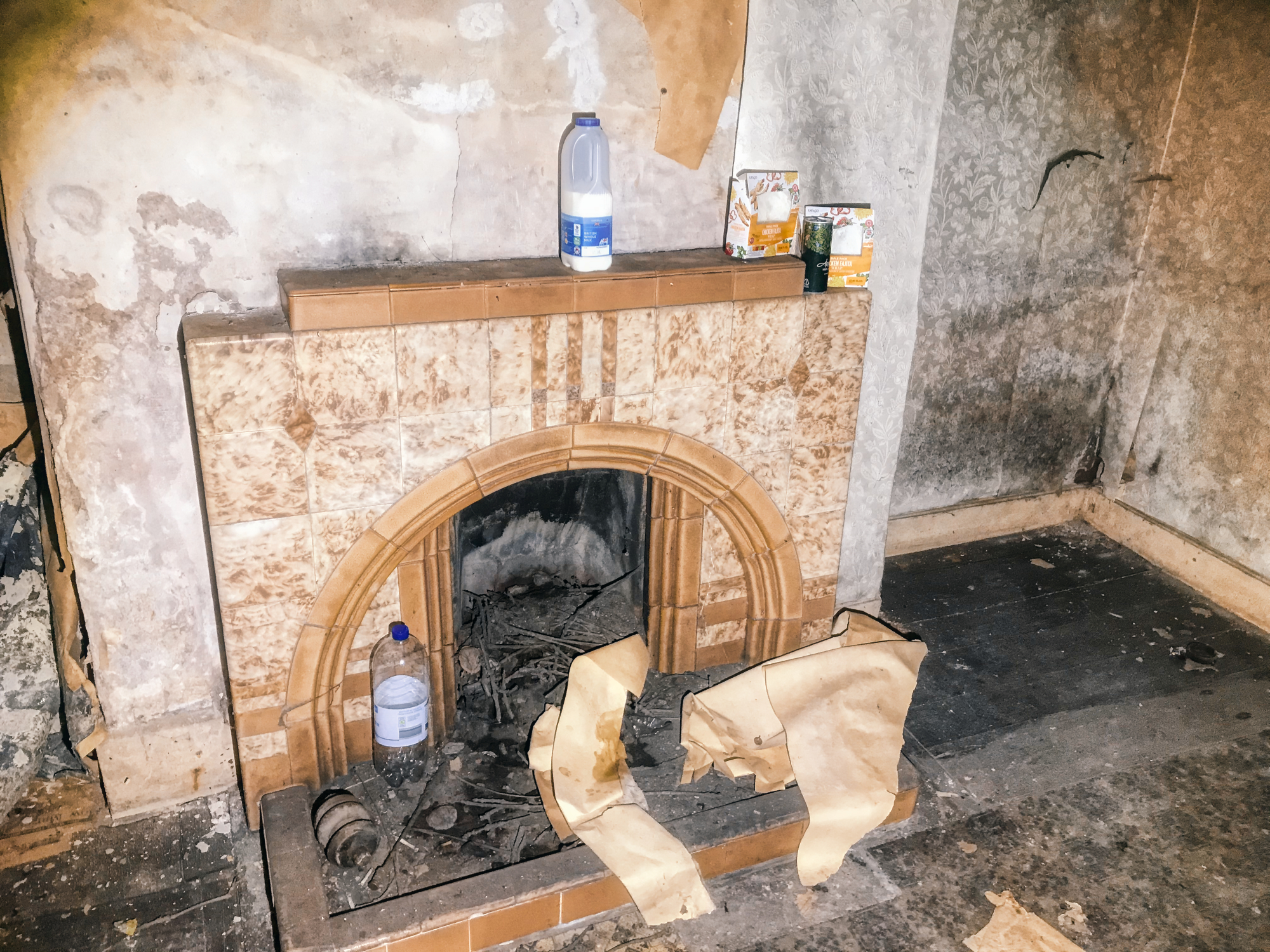 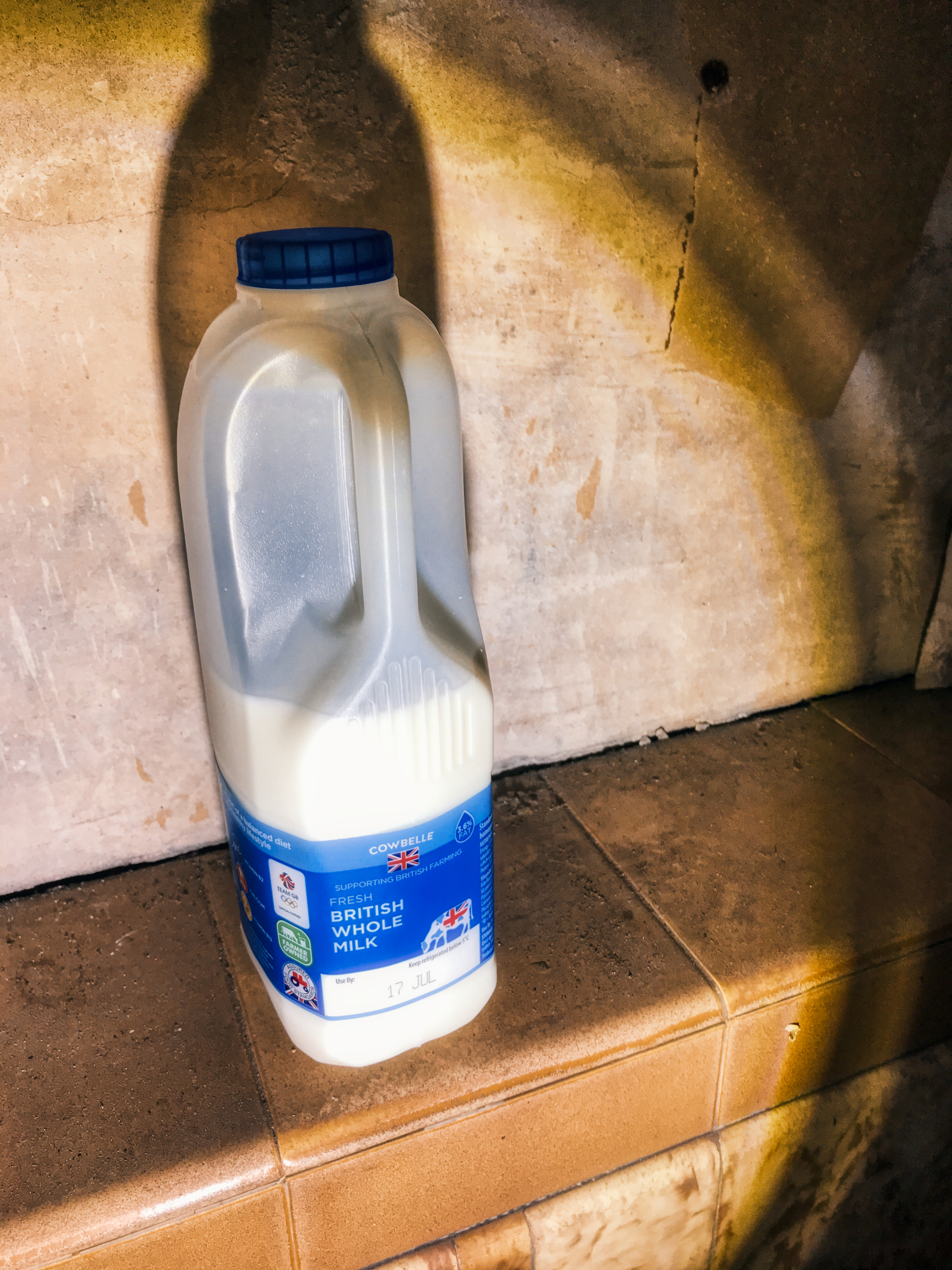 The bottle of milk got my attention. A closer inspection revealed it was still in-date and must have been dumped by another would-be explorer. Surely they can take their unused shit with them? 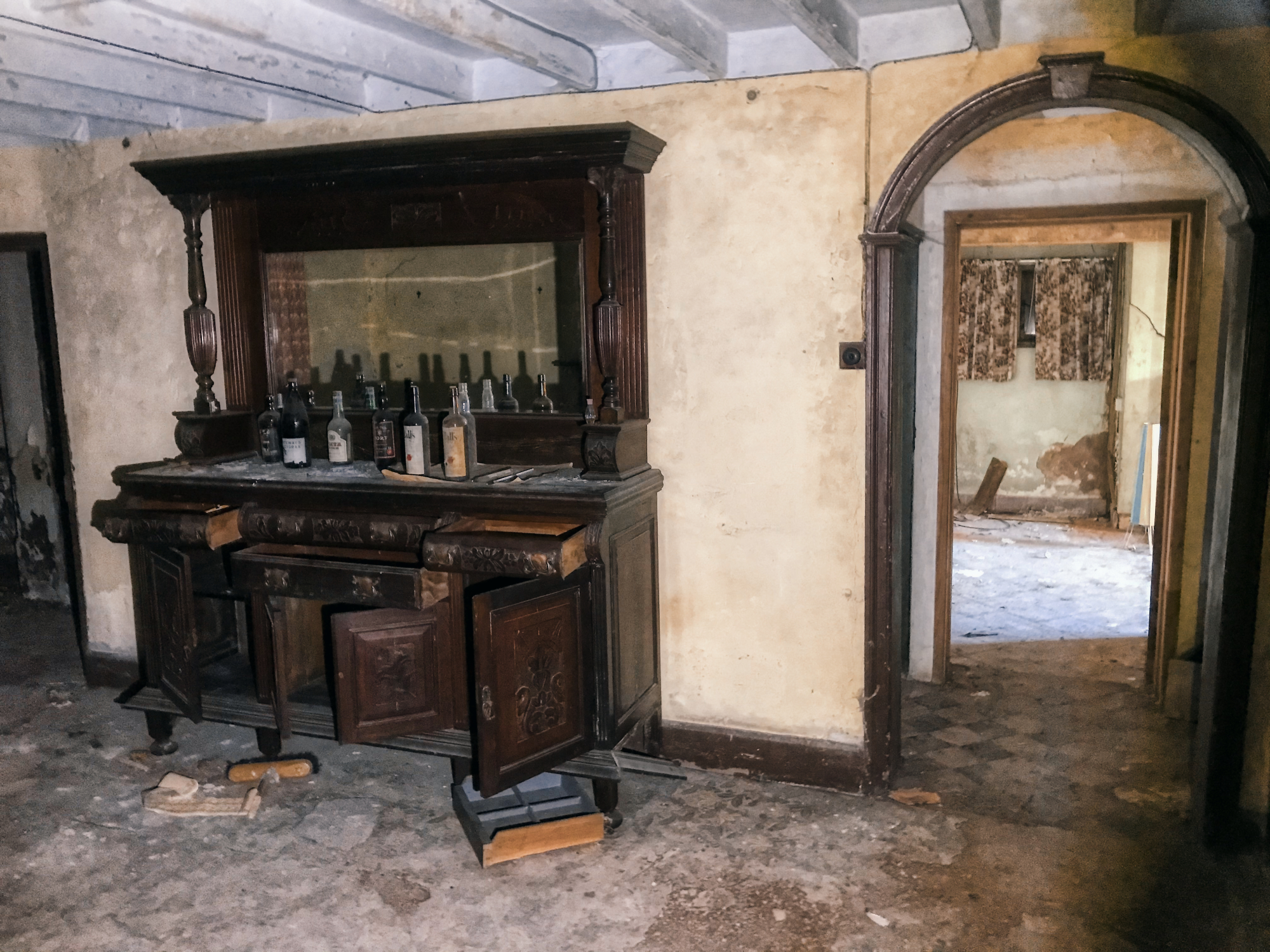 Widow's Farm was a little sparse but the dresser with the bottles? Had they been set up for a photographic display or had they been there for years?

It does make me wonder sometimes as I know other explorers have been here (besides @grindle). There seemed to be a lack of fingerprints so I'll go for the, 'they have been there for years' reasoning. In any event, they proved quite photogenic. 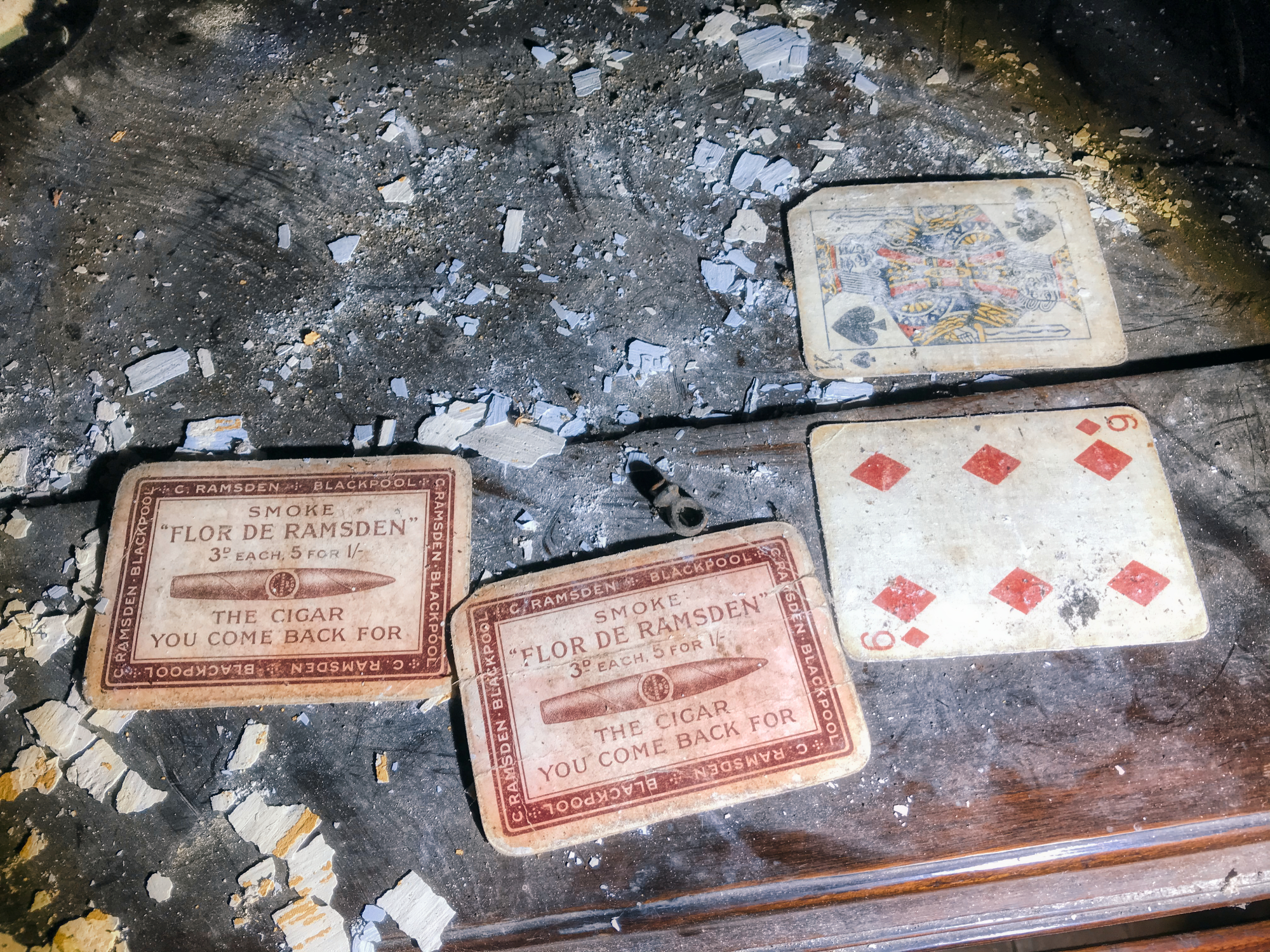 The playing cards and these beer mats are most definitely old. Pre-decimalisation in the UK was before 1970. Did I go down that ladder? It would take someone extra skinny to fit and I don't come under that category anymore. This was the back door complete with an old jacket. That lock looks quite new. A Bravington Ring, advertising right out of the 1950s, you can't beat it! Were these people the previous occupants? Maybe their parents, or even grandparents. 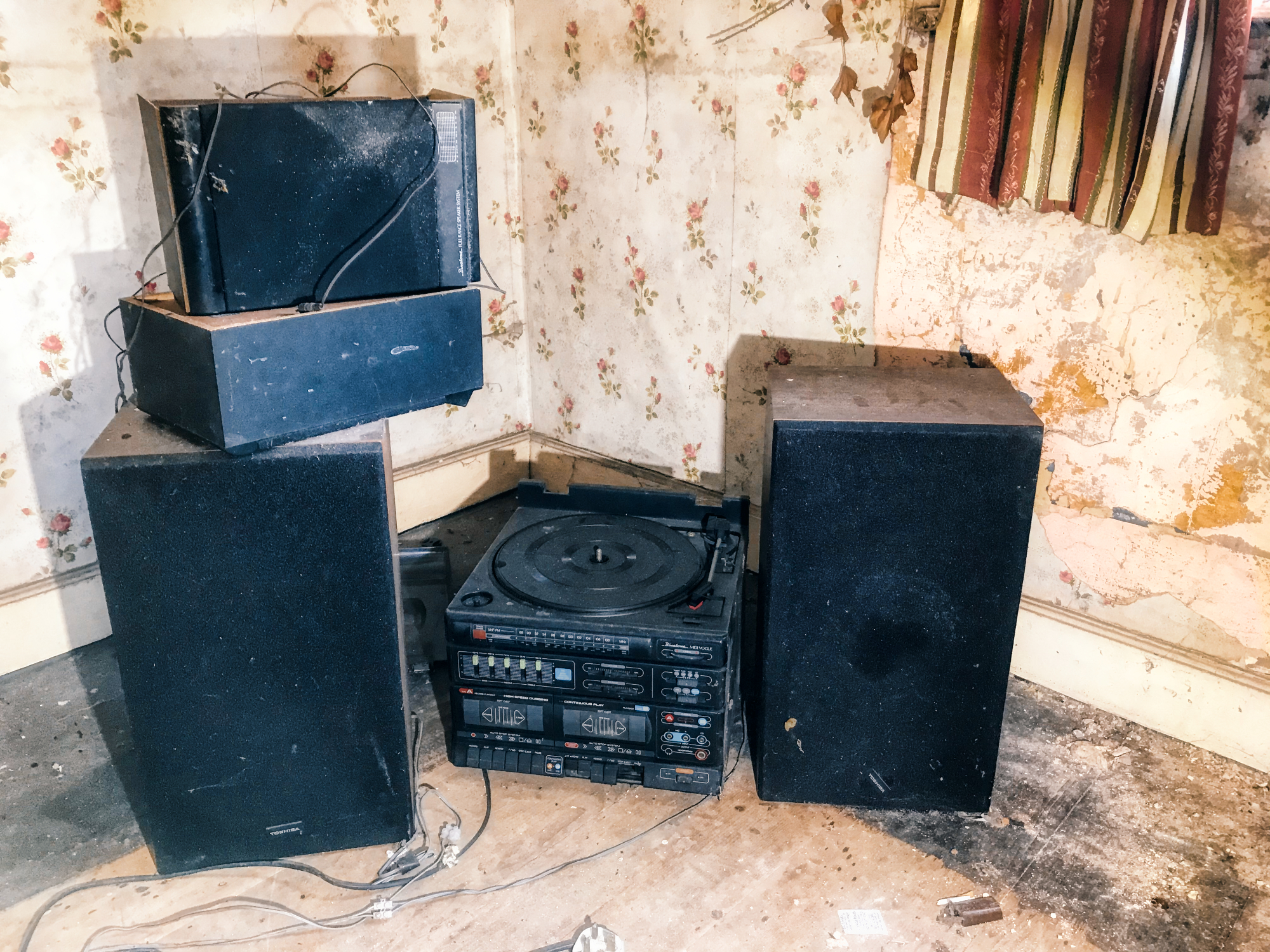 From the days when you could never have speakers that were big enough! 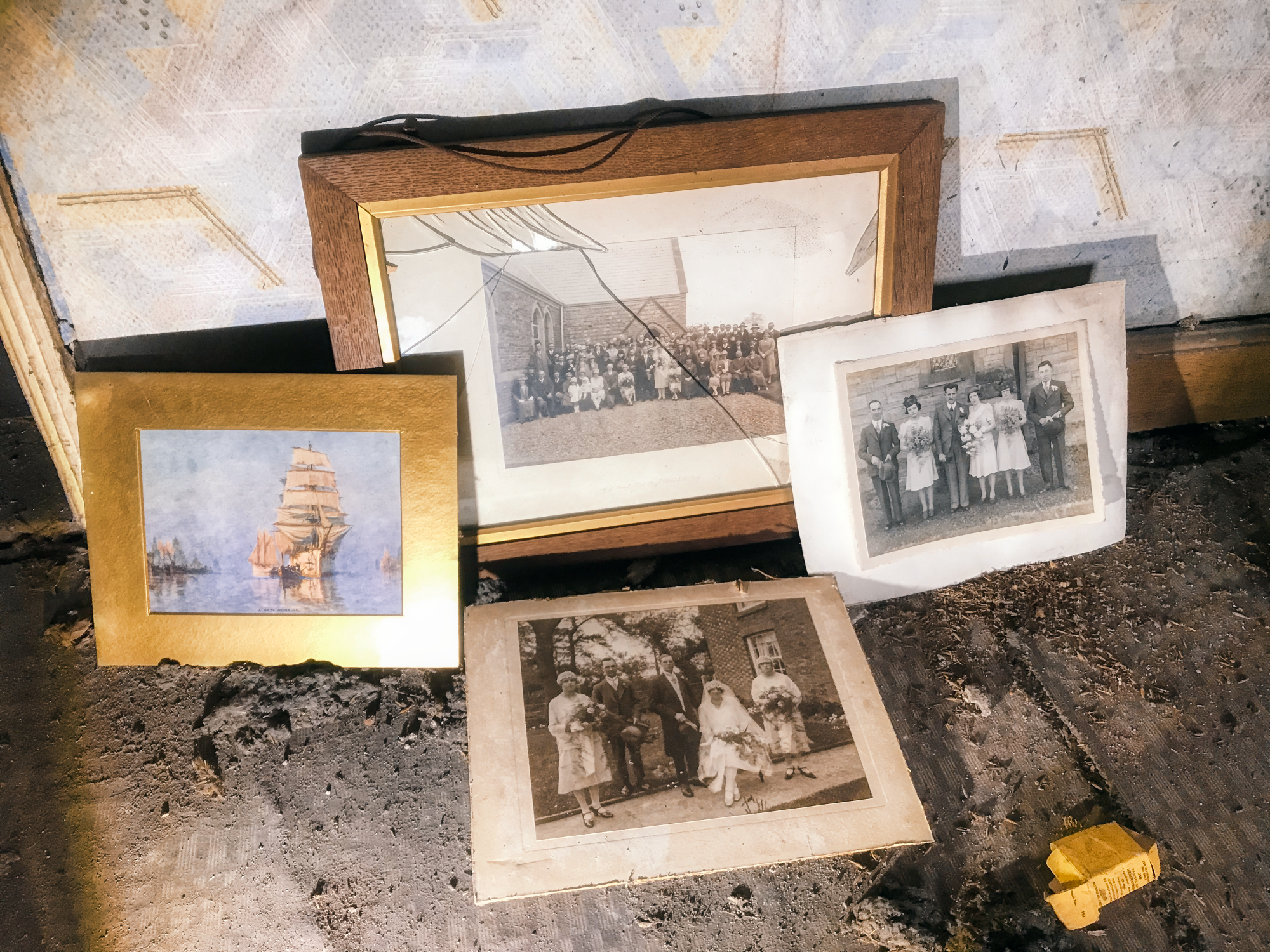 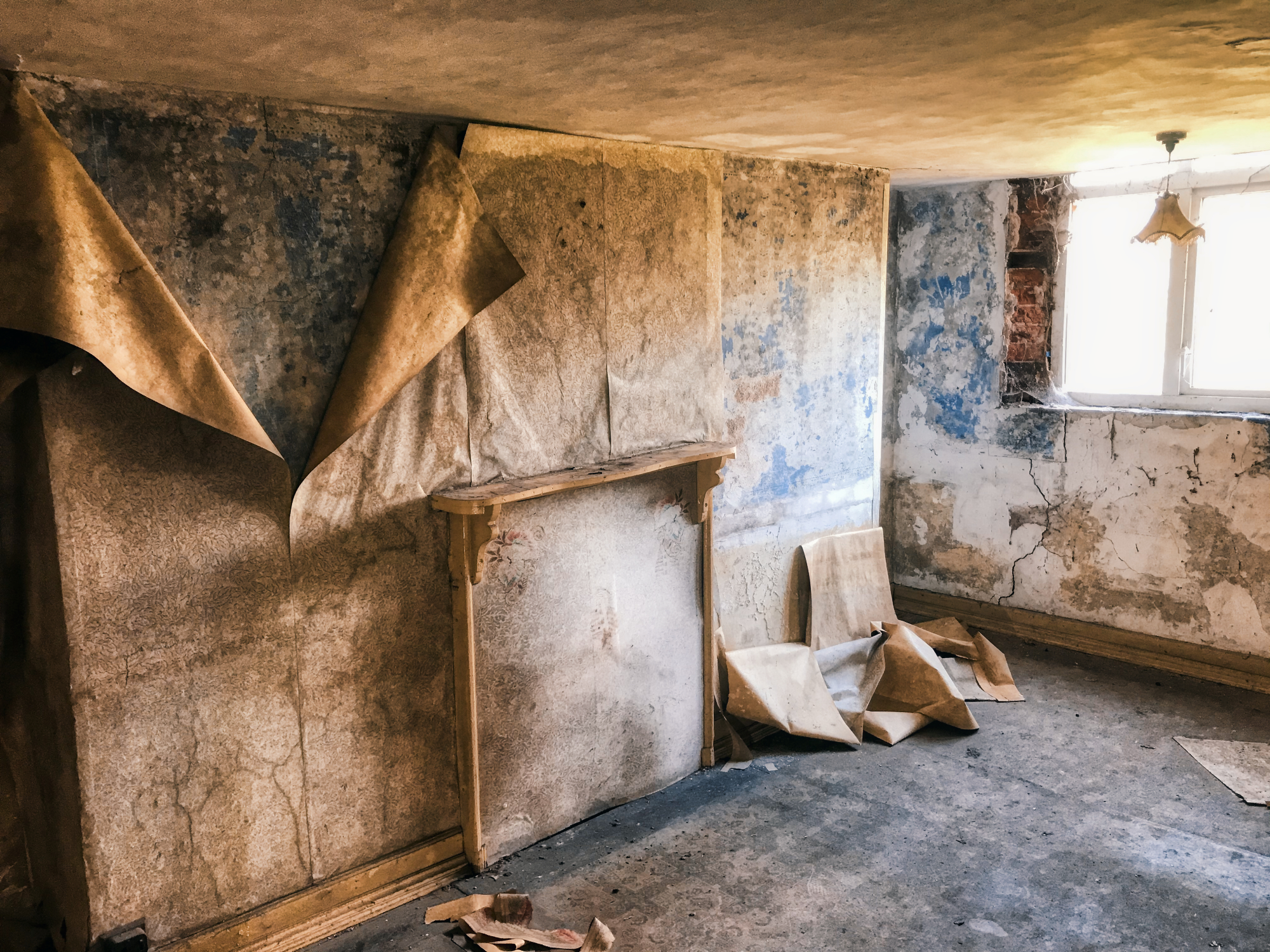 A few more photographs were in this mostly empty room and I noted the TV was missing. I have seen other reports and knew there was a 50’s TV, very old and very antique.

Since then someone mentioned (on Facebook) it has been moved to a nearby barn. I wish people would leave this stuff alone. 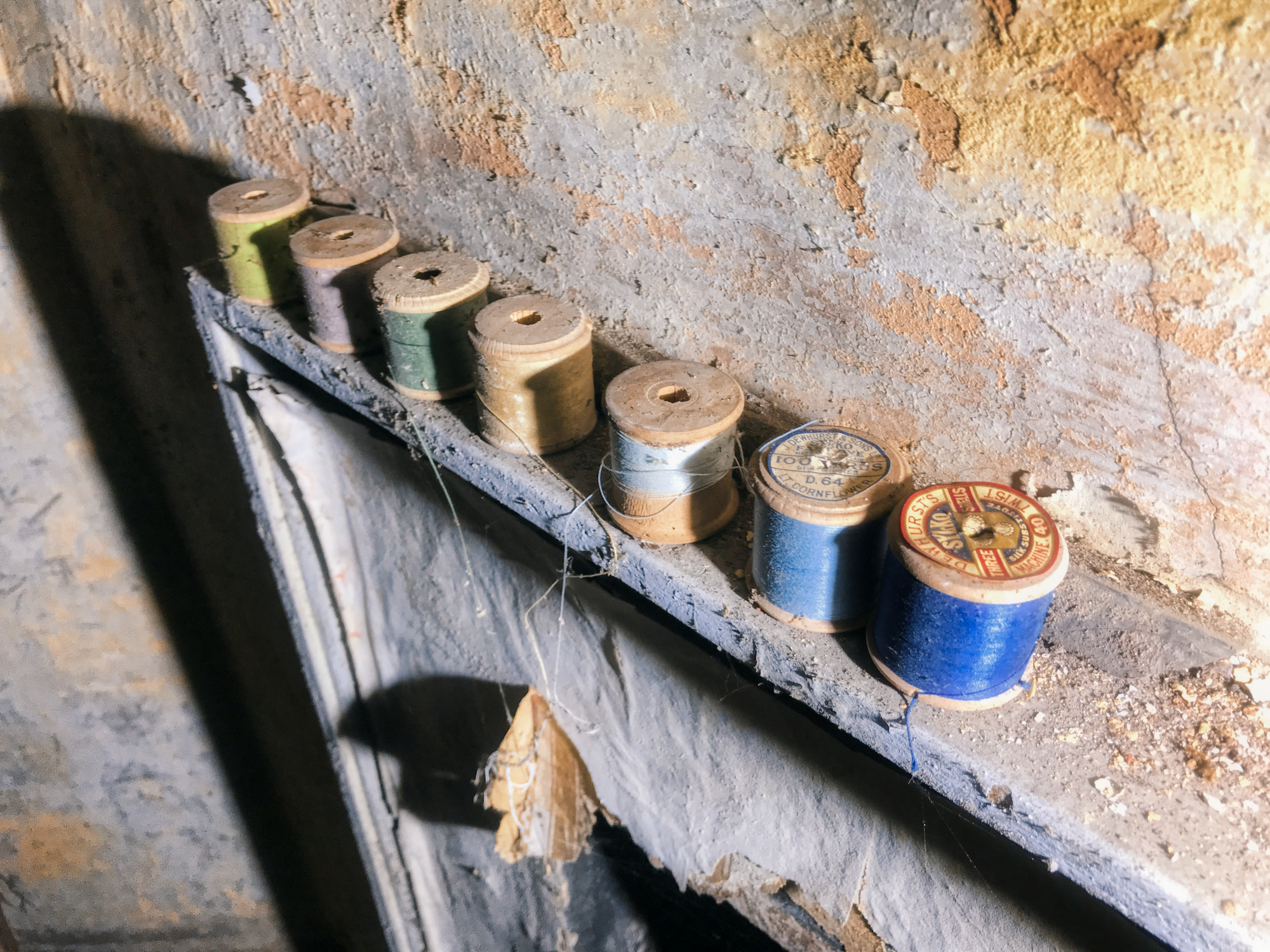 @dizzydiscovery was starting to feel uneasy by now, little noises here and there though I tend to dismiss them. If you keep listening then you will hear more, even though you know you're alone.

Still.., there was an unexplained chill in Widow's Farm. 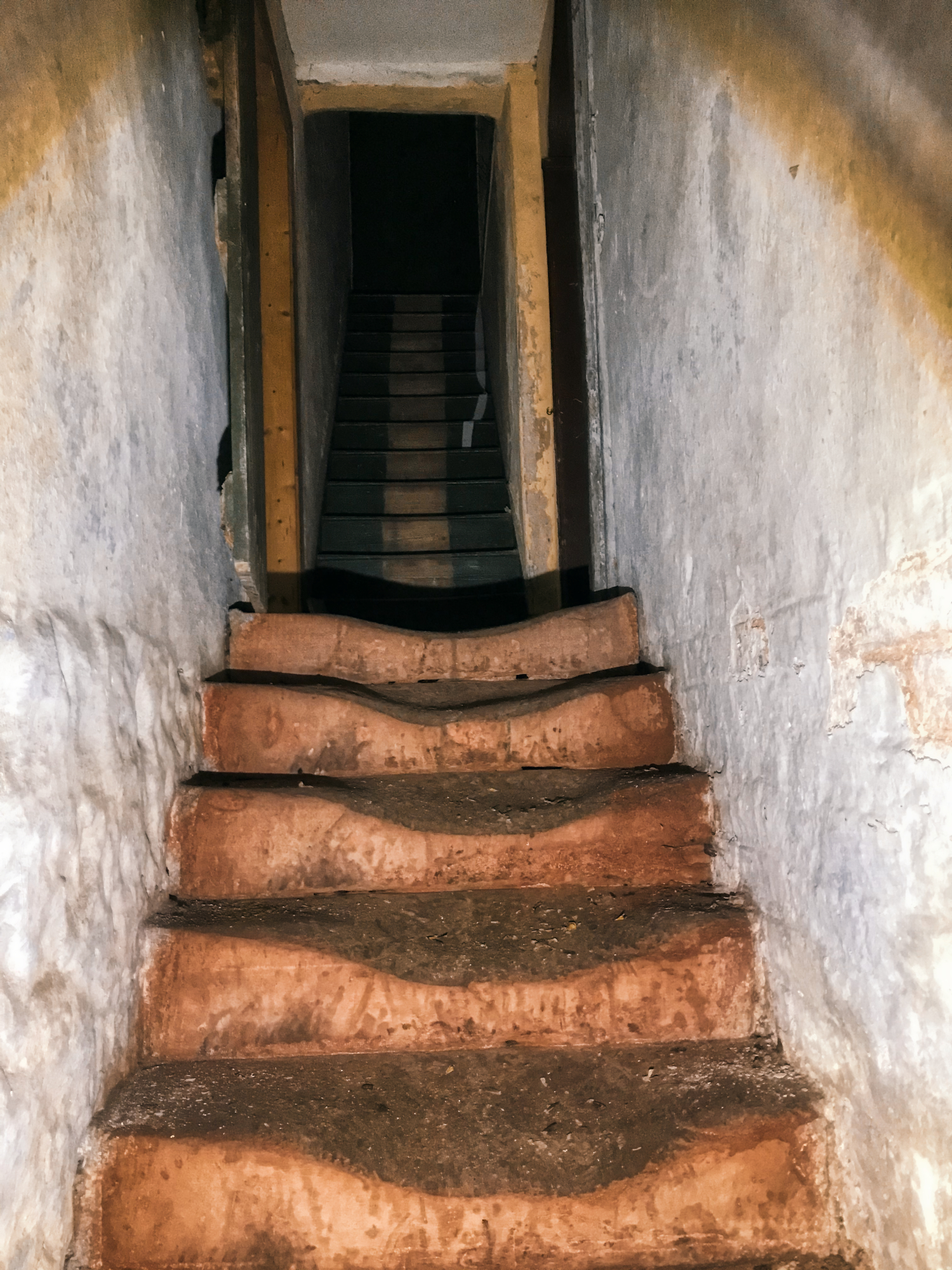 We hit the cellar next, the steps of which were a little worn. 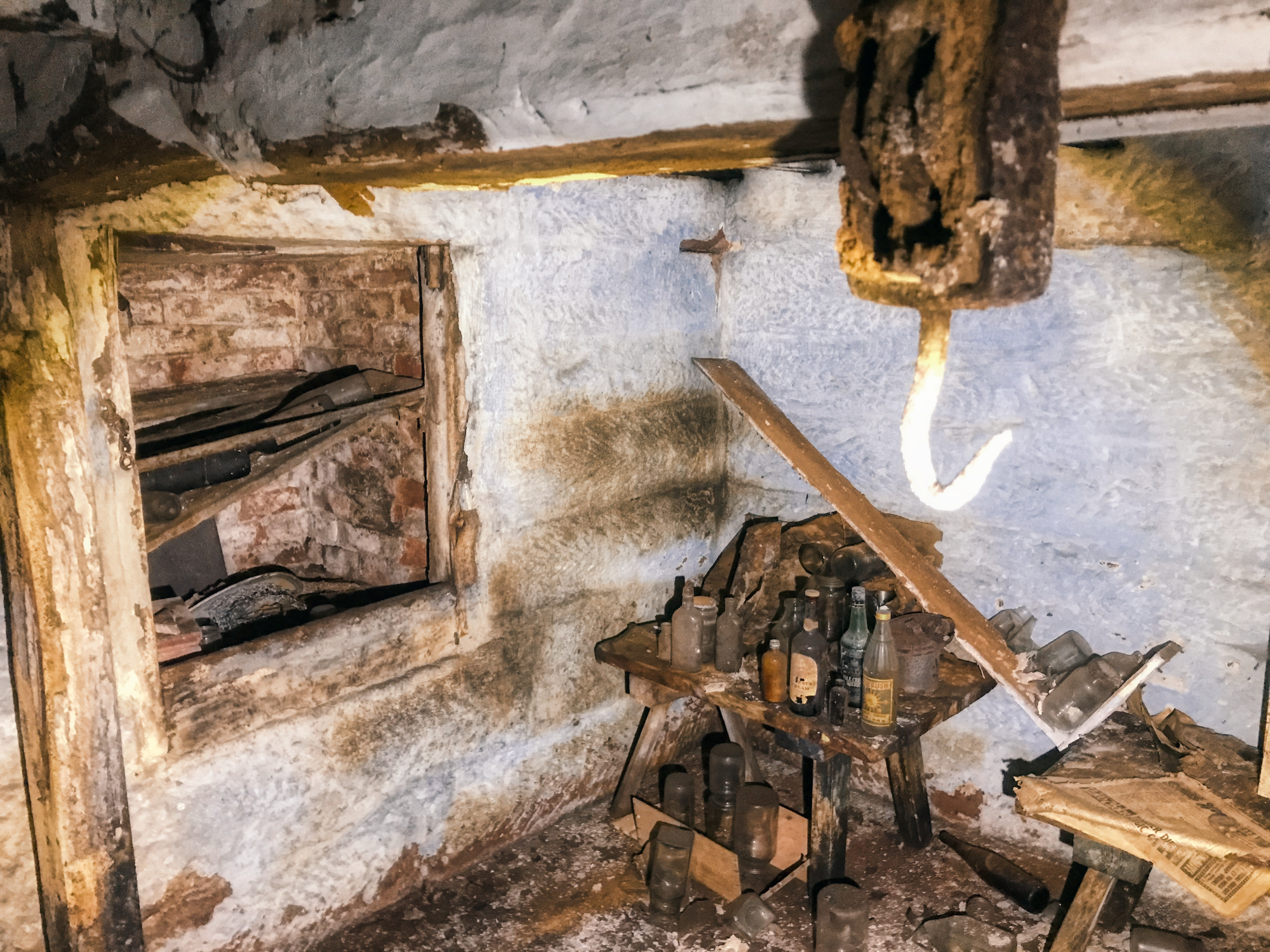 This hook attached to the ceiling beam could be very handy for torturing people I suppose, what else could it be used for? Had someone been strung up in the deep past? 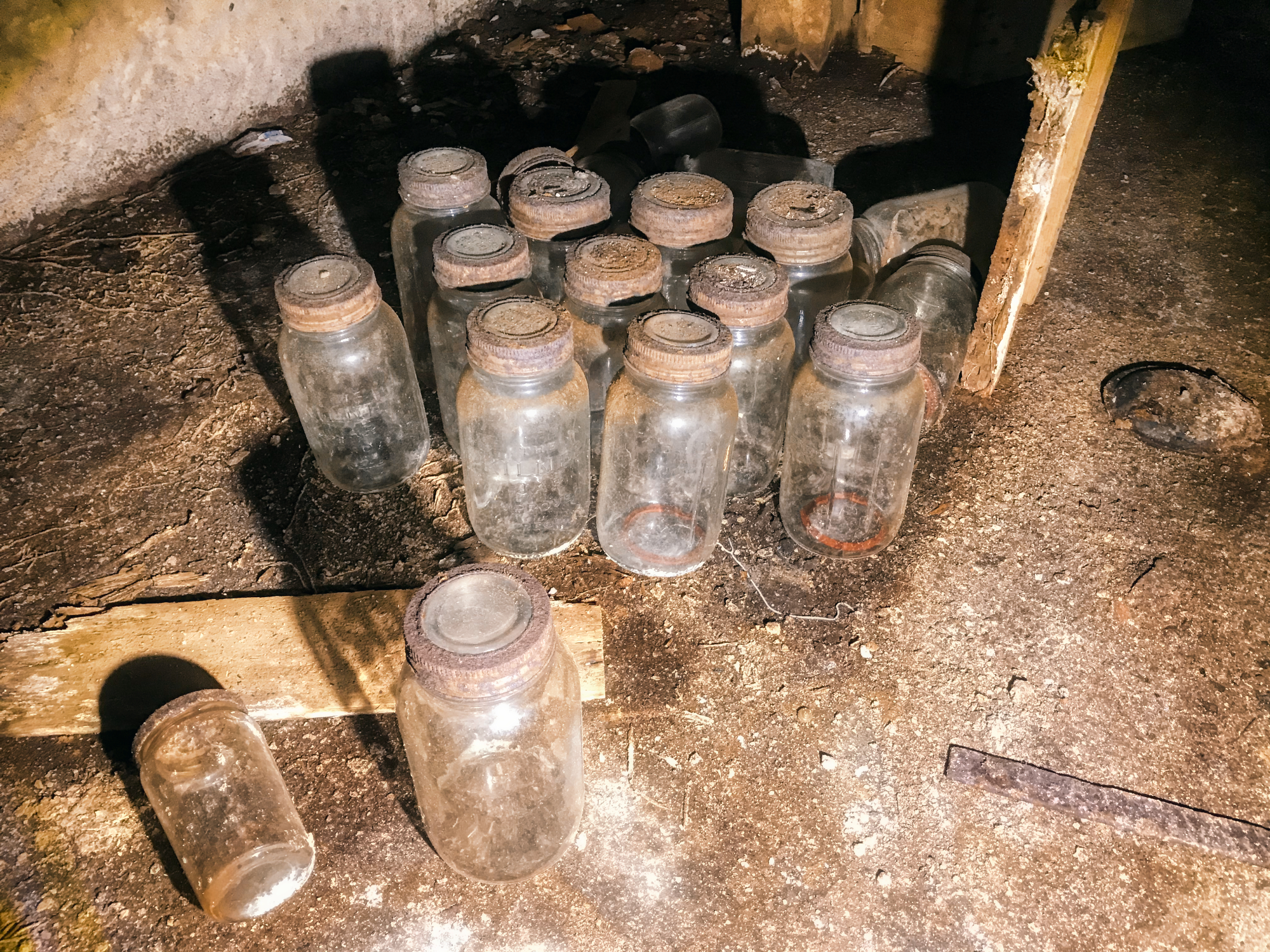 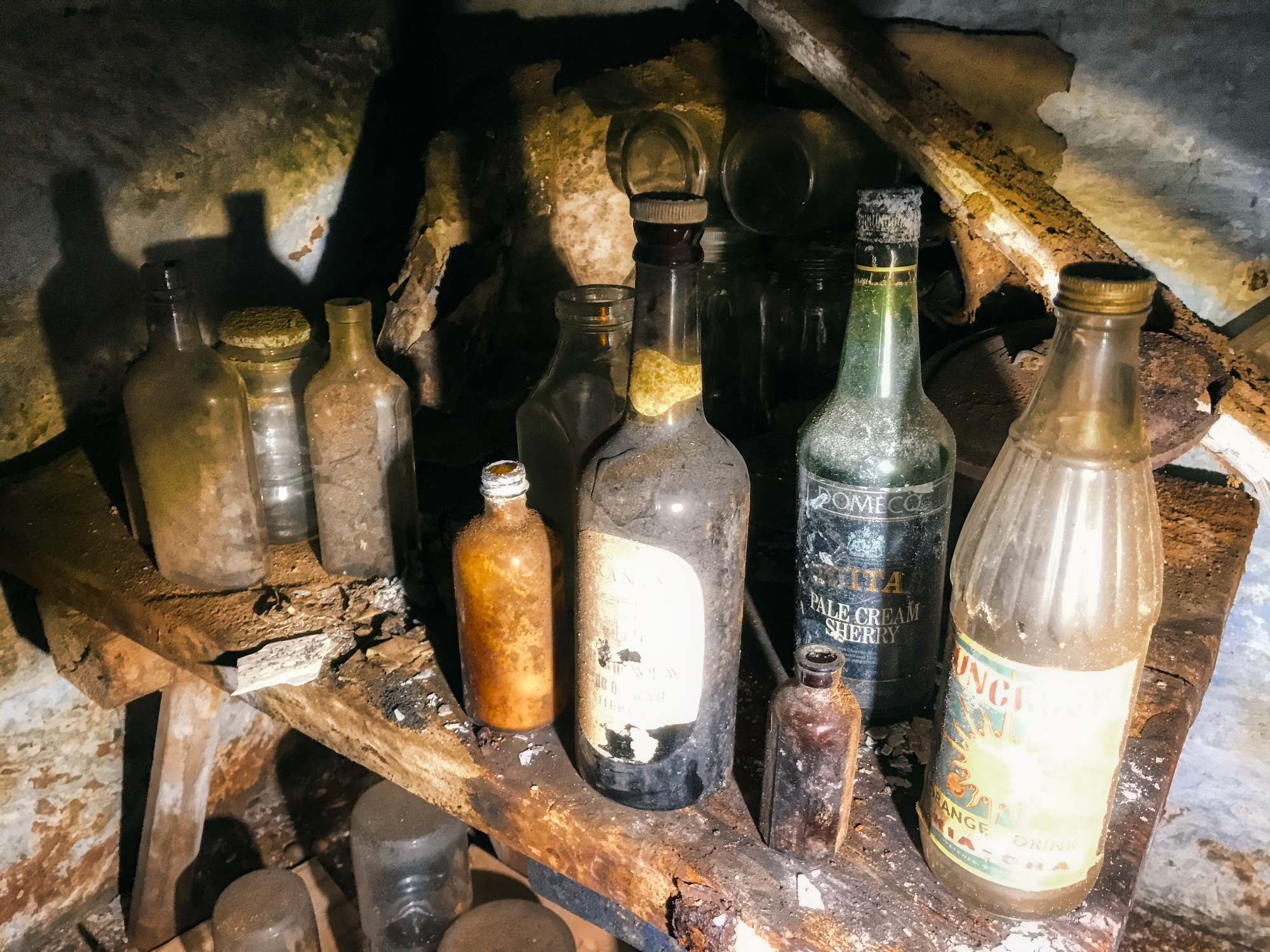 I was less tempted to drink from any of these receptacles than the soured milk upstairs. Always bring your own water. A little snippet from a 1984 newspaper; I was shagging a rather tasty 17-year-old at that time, the memories flooded back in an instant. I found Widow’s Farm a little bare and that’s not always a bad thing. You can get over-indulged at some places with the amount of junk left behind. 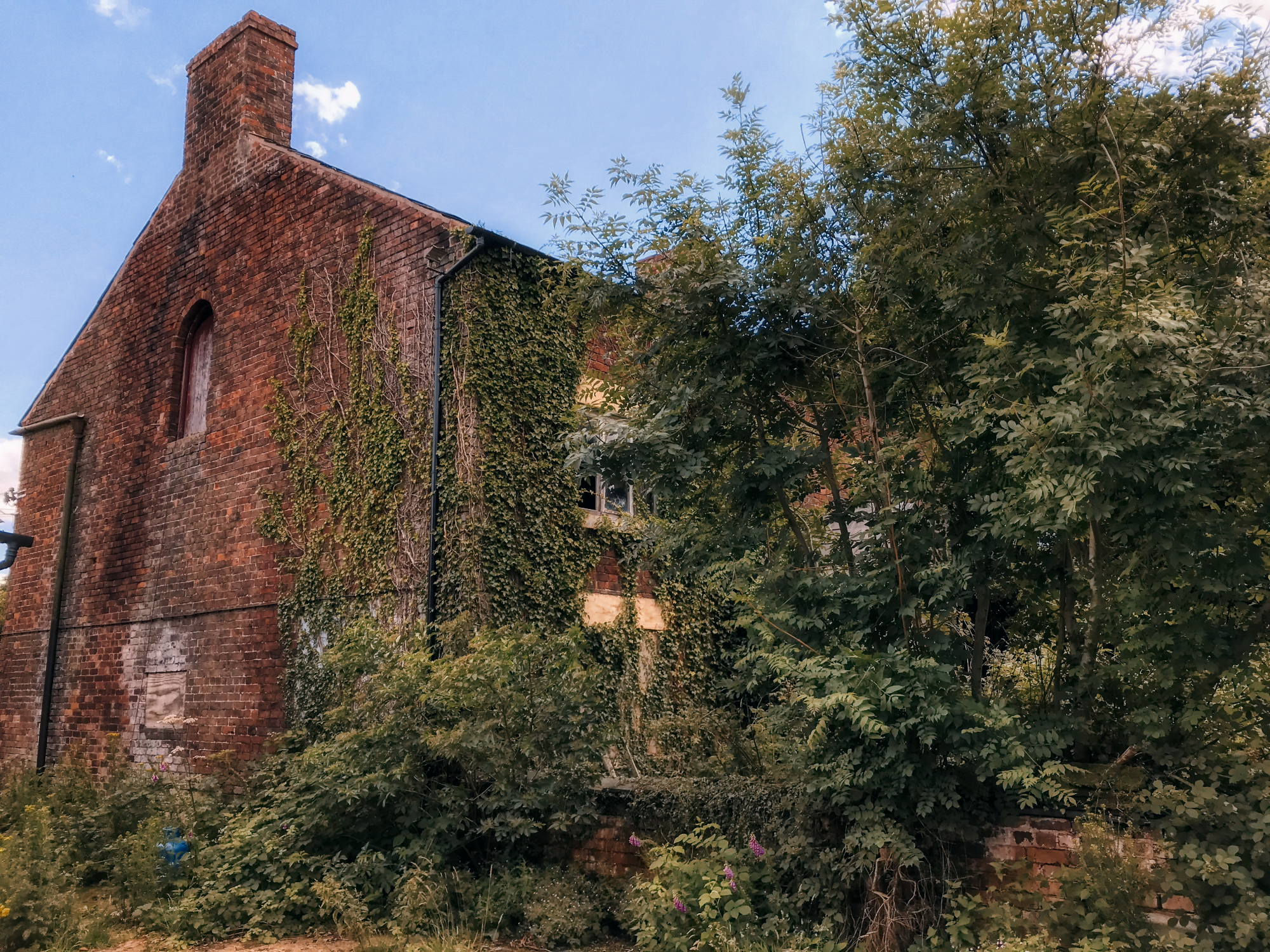 I had the time to focus on what was left, and added a little sepia filtering to this set.

Do you like posting your Urbex content and photography for FREE on Facebook and YouTube? I like to get some form of reward for my work and every time I create I do just that. Take a look at The Urbex Community on HIVE.

If you want to keep creating for FREE then ignore what you are reading. If you want to be like me and gain something other than BUGGER ALL for your work then click here and learn about posting on the HIVE blockchain.

If you found this article so invigorating that you are now a positively googly-eyed, drooling lunatic with dripping saliva or even if you liked it just a bit, then please upvote, comment, rehive, engage me or all of these things.

Wow, now this is what I'm talking about. Great post and pictures. Amazing and I need to start doing some abandoned work....

Nicely captured, it seems like a lot of stuff has been moved and other bits found and set up and other things removed between our visits, a nice old farm house.

No milk when you went then? 😆, was the TV in the house for you.. I could dig out your old post but it's easier to ask!

Nope no milk.
There was a really old like pre 1950’s tv and also an old radiogram in one of the outhouses

Hiya, @choogirl here, just swinging by to let you know that this post made it into our Top 3 in Daily Travel Digest #1036.

Thanks man, there's lots of UX opportunities in the city. Why not try one, I know you're into your photography.

The exploration is so mysterious and cool that most of the bases lose track of time.

When you enter the depth of a forest or in your case an old building, it is something that awakens in us an interest in wanting to know more and discover that history that is hidden in its old walls.

We connect so much with that mysterious that we become researchers and our curiosity grows more and more.

It is fantastic to read and at the same time imagine what can happen inside that place that must hide many secrets. @slobberchops

That's a pretty cool explore, love the photo of them outside the same house!

I would never have gone into the cellar, have you not seen The Road?

I do the cellars all the time, you get used to doing all this and it's not so bad. You mentioned The Road before to me before. It's not on Netflix anymore which sucks.

We are giving away 2000 Hive for reaching 1000 travel digests
Anyone and everyone can join!
Join the raffle and check the 1000 contest post

Thanks for continuing to make Hive awesome.

The wear on those steps is impressive. If steps could tell stories and all that! It is an interesting looking place. At first I thought it looked like a happy house, even in its derelict state. Then I realised it looks like a cartoon horror house from a show my kids would watch.

This looks like it was a pretty awesome explore. Virtually untouched by all of the vandals and arsonists. I love those bottles on the dresser. That is totally vintage. Nice job on this one and congrats!