Garden: The war with pests.

How are you?i am good.i hope you are well.
I found harmful insects on some crops and some trees on this farm and I found insects.
Last season it was beetles on my pumpkins and aphids on my basil. This season we are seeing some new suspects and an all new level of challenges. I am trying to do everything organic and with respect to pollinators so I am avoiding any chemicals and dropping any nukes. But I must admit I am frustrated and losing the war.

So far I have been trying to manage things with by spraying a combination of neem oil, citronella and soap. I see moderate results with some things but I also have to admit that I am not doing it regularly enough. I am also running low on these supplies and they can be expensive so I am going to try some other options. 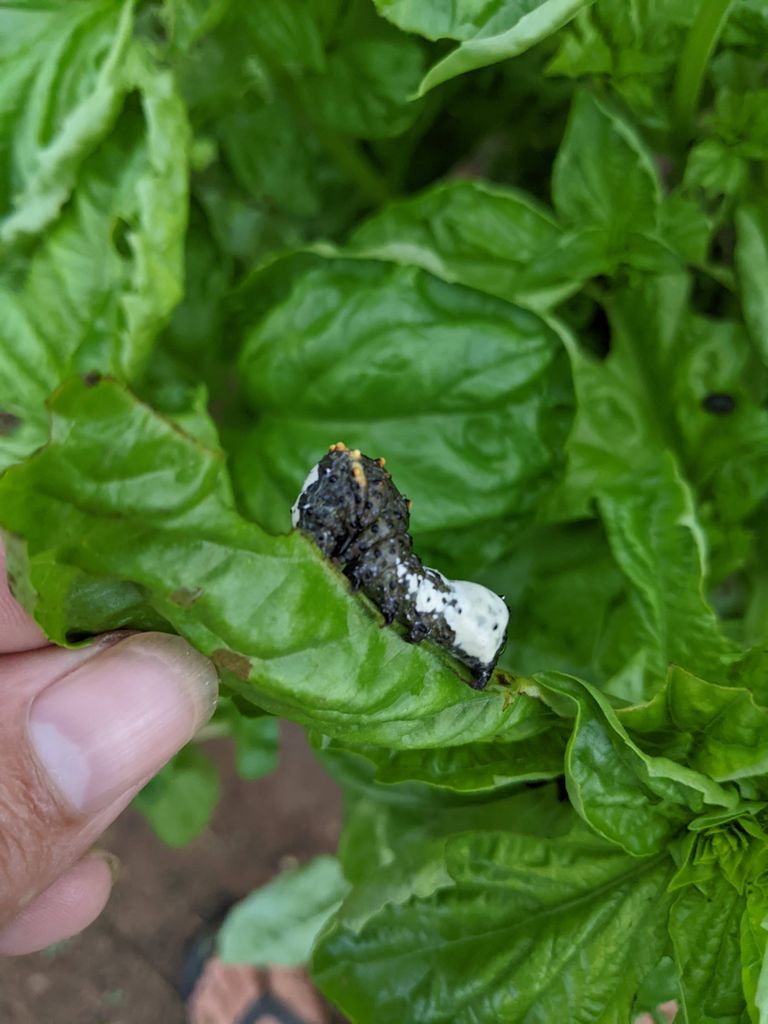 This big ass greedy bastard looks like he is straight off of Alice and wonderland smoking some hookah. I noticed him last week and this type is not a normal occurrence and the first I have seen of this type. There are many butterflies and moths that come around which is great for pollination which makes for a lot of varieties of caterpillars. You can see that this one single handed chopped a whole half of a basil leaf. It got hand picked and met its demise under my shoe. 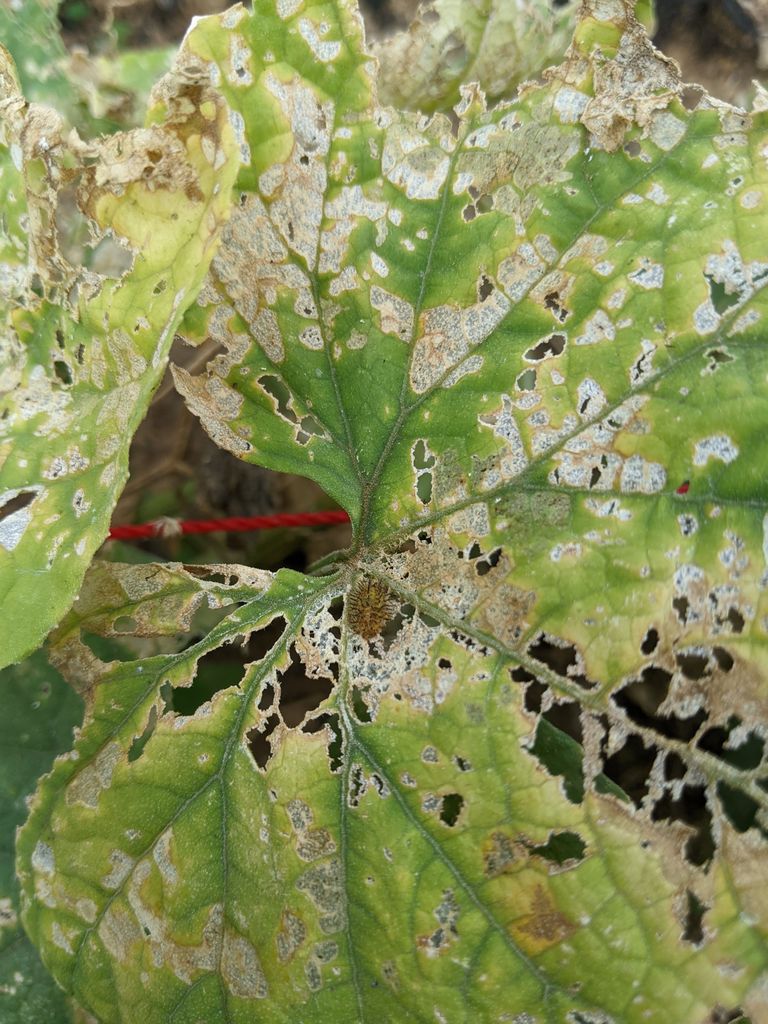 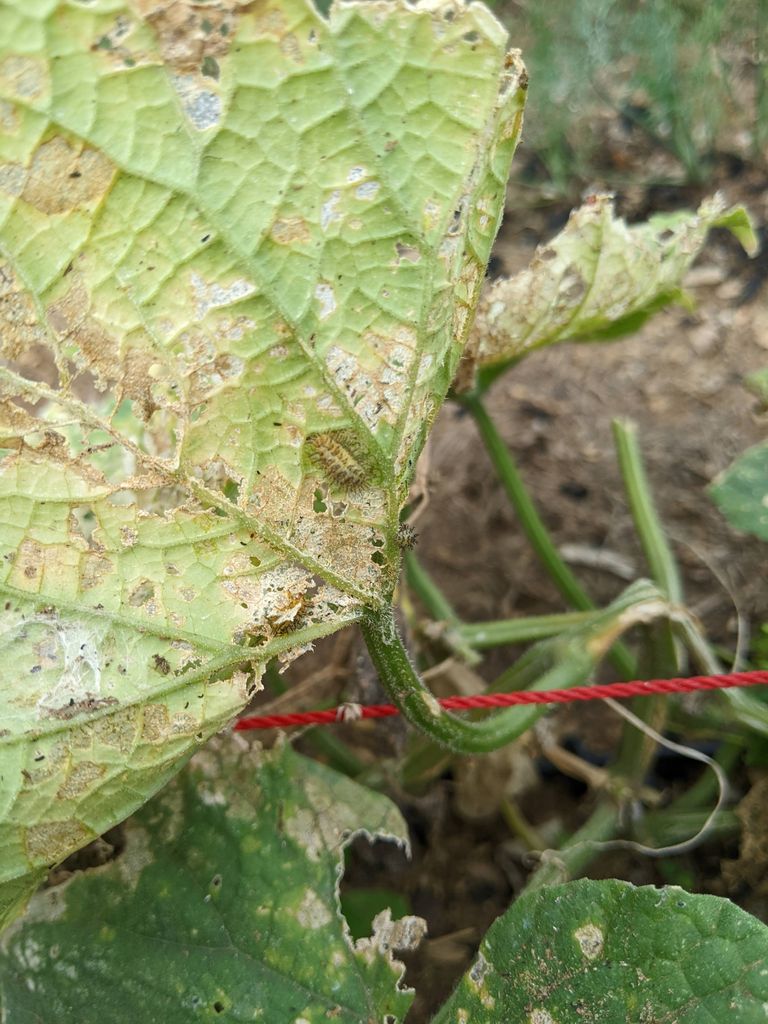 These ones have been a struggle since day #1 with my cantaloupe and cucumber. I thought I had it handled at one point and my cantaloupe started to recover but now as of last week I am seeing a new resurgence of them. I have not yet identified this variety of critter yet. But they very quickly turn the leaves into Swiss Cheese.

Well I just looked it up and it looks to be a type of leaf miner. 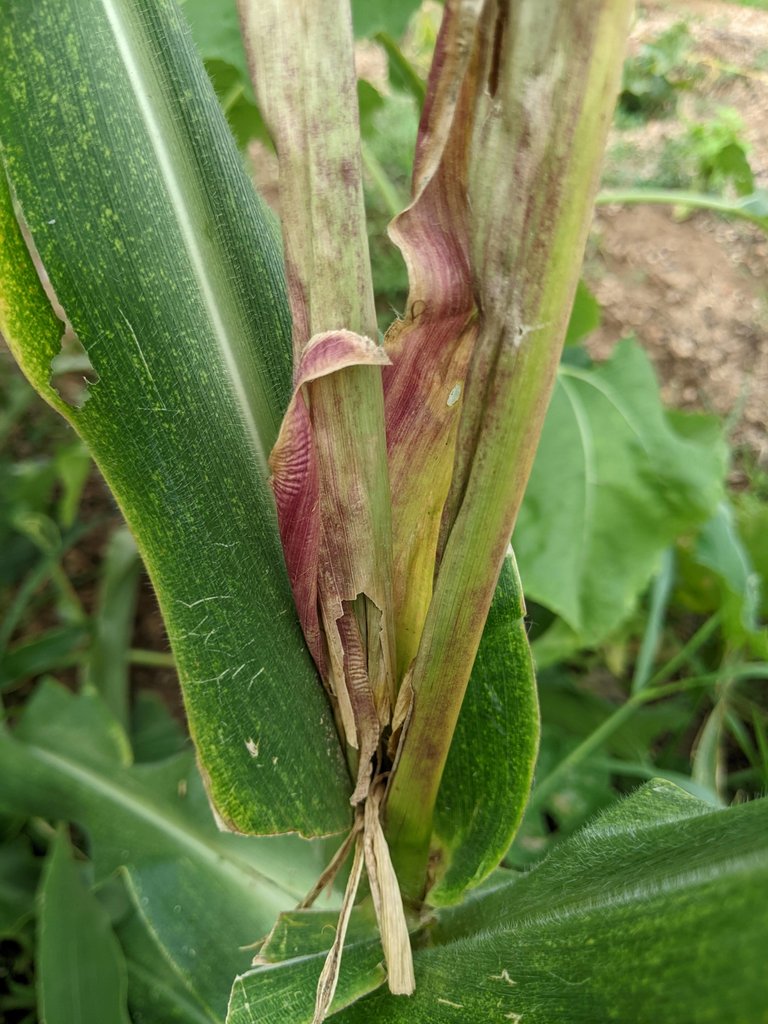 Here is the aftermath on the top of a corn of the Fall Army worm. I do not have a picture of the phase when they are out and about on the plants. 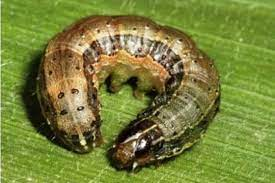 This is the newest asshole on the block and seems only to have been introduced to Ghana in 2017. This is the first season I am having a big problem with it. And I am seeing from our Nigerian brothers it is quite serious for them also.

They chop the whole tops of the corn plant and seem to get into the stem. I am now having corn falling over at the base when the wind blows. They are very adaptive to building resistance to chemicals. Farmers in other parts of Africa have found that a pepper solution works well. Also putting soil in the top of the corn plant while it is still small and uninfected. The other method is a bacteria called BT (long name forgotten) that can be sprayed. It is a bacteria that is found in soil and I understand it can be quite effective. I have not wanted to go this far yet because some BT formulations are toxic to pollinators also including bees. I also don't know where to get it in Ghana yet.

I am also blaming this guy for a lot of my seed failure as I will see sprouts one day and then it is like nothing has come up the next day. 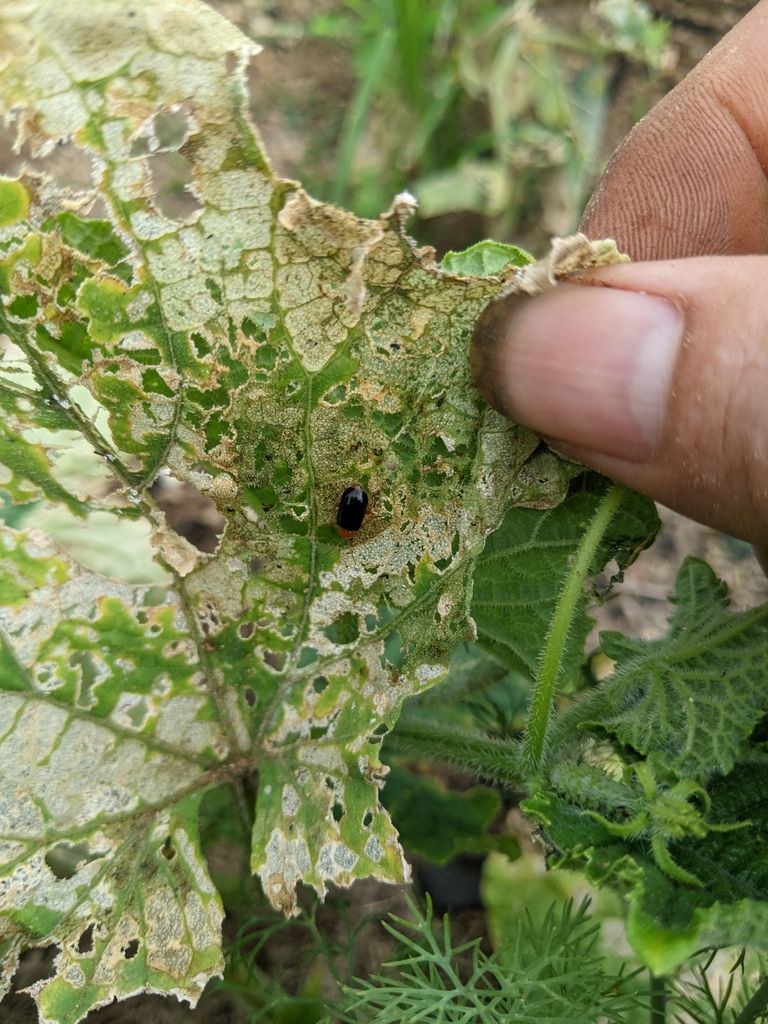 To me this looks like the Japanese Beetle. I need to do more research and see how I can combat this one. 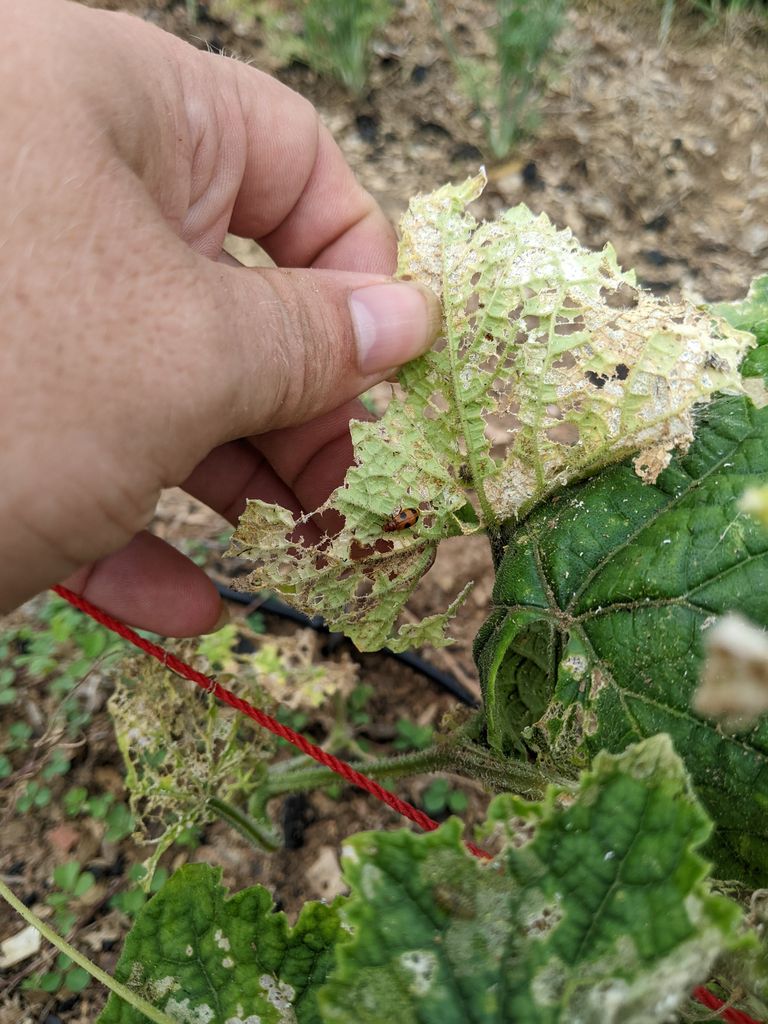 This is a new one that I saw just the other day. I have not started research on this beetle yet. 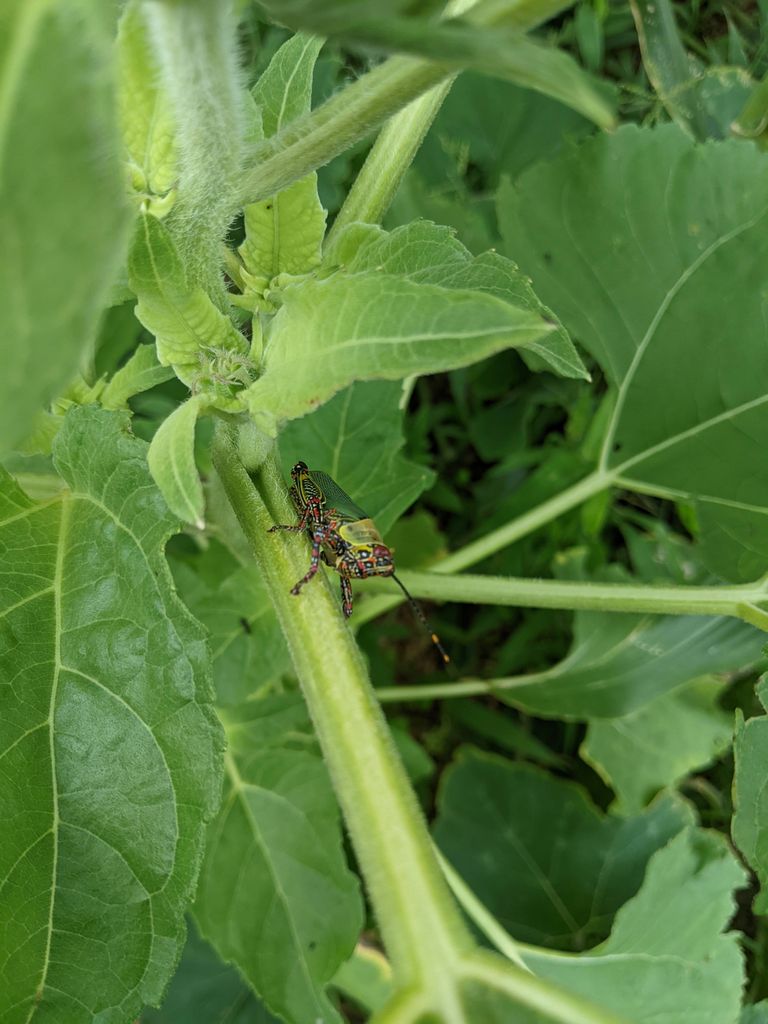 This guy is beautiful but another heavy eater in the garden. As for the grass hoppers I am sure they are part of the problem but I have not noticed as much wide spread affects from them.
#garden #gardendairy #permaculture #bugs #insects #nature #gems
2 months ago in GEMS by jibon07 (53)
$22.39
49 votes
Reply 3
Sort:
[-]
hivebuzz (71) 2 months ago

Congratulations @jibon07! You have completed the following achievement on the Hive blockchain and have been rewarded with new badge(s):

Hey Asshole this is my content why don't you try to write some of your own. You will be reported to hive watchers and I will be doing a post about this too. Worthless scum who cant even be original enough to do your own work. Don't worry I will spam this on every one of your posts.

You owe me $11 for the proceeds from this post. This work is not yours it is mine.