What is the Point of Litecoin These Days?

revisesociology (76)in LeoFinance • 15 days ago

I used to own a fair bit of Litecoin as I used to subscribe to the theory that Litecoin would generally follow the price of Bitcoin and probably outperform it.

I used to think that the Litecoin price would increase when crypto started to become more popular, as it is easier for someone on an average wage to own a whole litecoin, which psychologically seems more than owning a mere fraction of a Bticoin.

I also used to think Litecoin was more functional than Bitcoin - with its signficantly cheaper transaction fees and faster speed of transfer - and I've long used Litecoin for transferring between exchanges to purchase some of the more obscure alt coins.

However, yesterday it took almost an hour to transfer some Litecoin from Binance to Kraken - I wasn't in any rush, and the fee was acceptable, a more $0.40 - but that was a LONG TIME - I'm used to around 20 minutes.

It reminded me of the dearth of development on Litecoin: 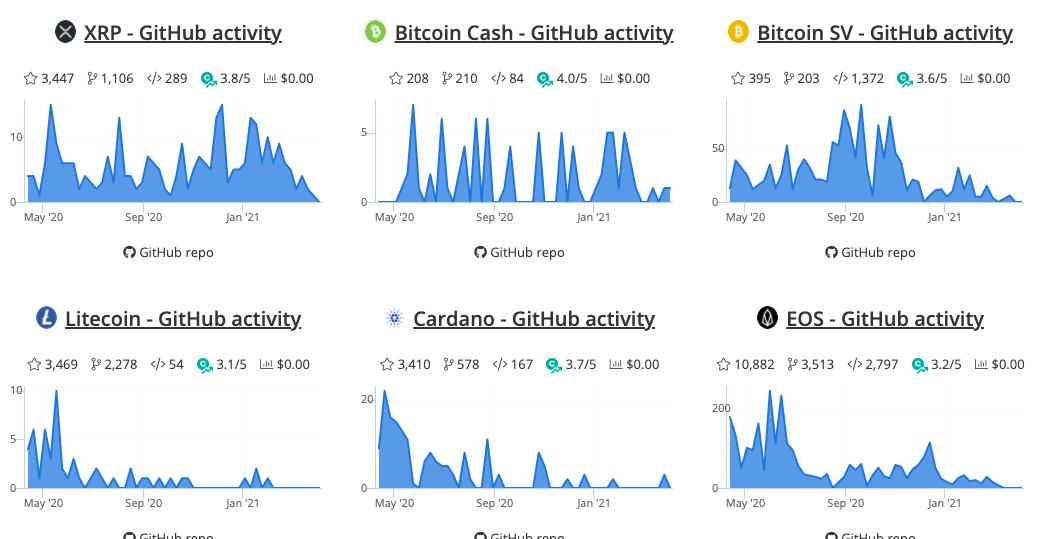 Keep in mind the scales are different, and litecoin is on the low side!

What is the actual point of Litecoin These Days?

I don't buy the throwaway line that 'it's Bitcoin's sliver' - it's now slipping out of the top ten, surpassed by a range of mainly DEFI coins. That could be the start of a death spiral for Litecoin?

And the transfer fees may be cheap, but there are alternatives - Binance Smart Chain or Hive or even Dash for example.

So with the lack of development I just can't see the point of it?

The only hope I can see for it is either that people get nostalgic for 2017 or people buy it because it does have a cool name, like something out of a sci-fi movie!

But honestly, I'm glad I sold most of my mine, no going back for me!

(Apologies if this posts twice, either Leo's scheduler didn't work yesterday or I accidentally scheduled if for tomorrow rather than earlier today!)

I've got a bit of litecoin left from when I used to buy Steem with it. Last time I looked, which was a few months ago, it's price was about £80 if I remember rightly.

Until I have more of a plan I'll probably just hold onto it for now.

The price has gone up, I just can't see an argument for holding it! 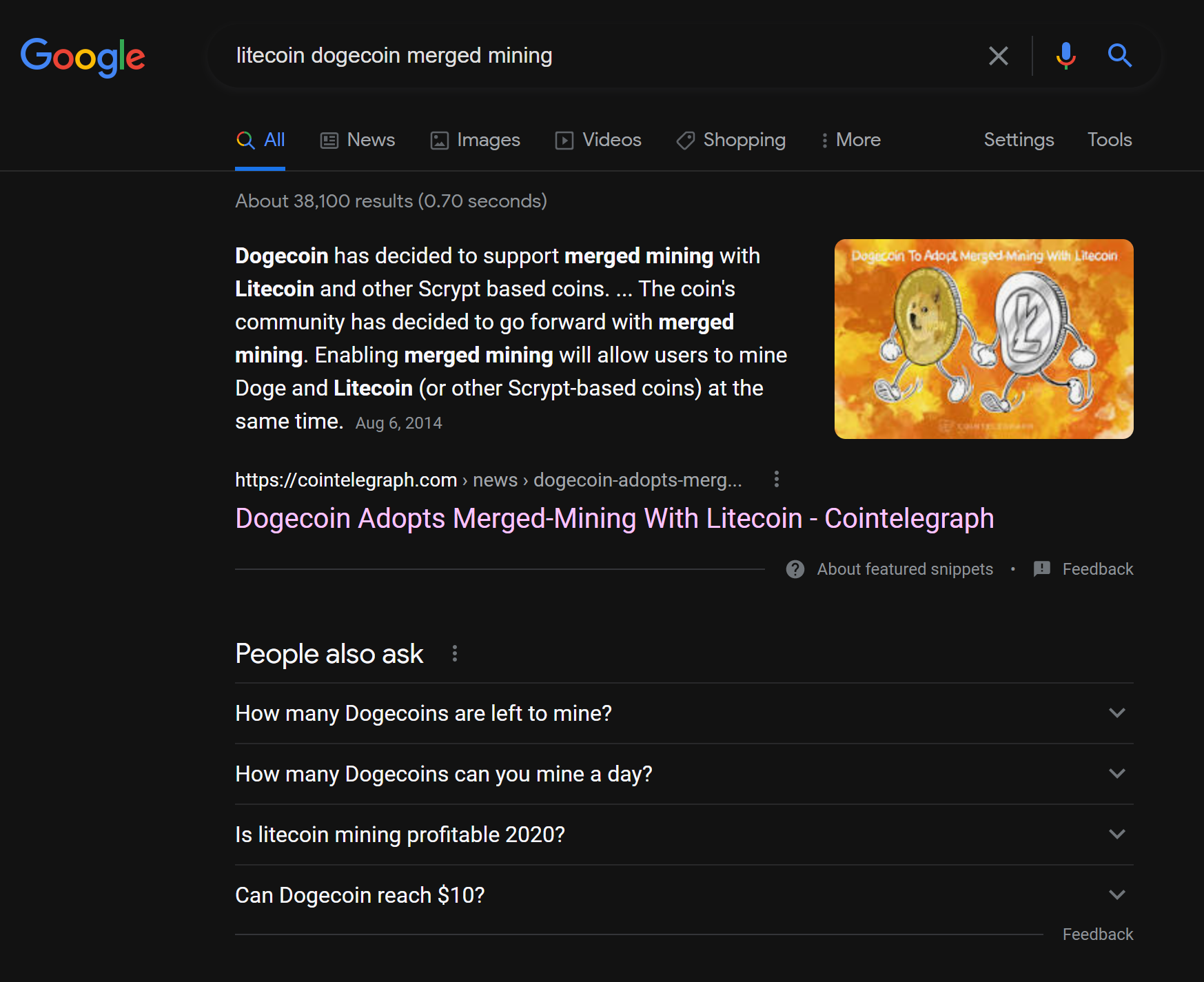 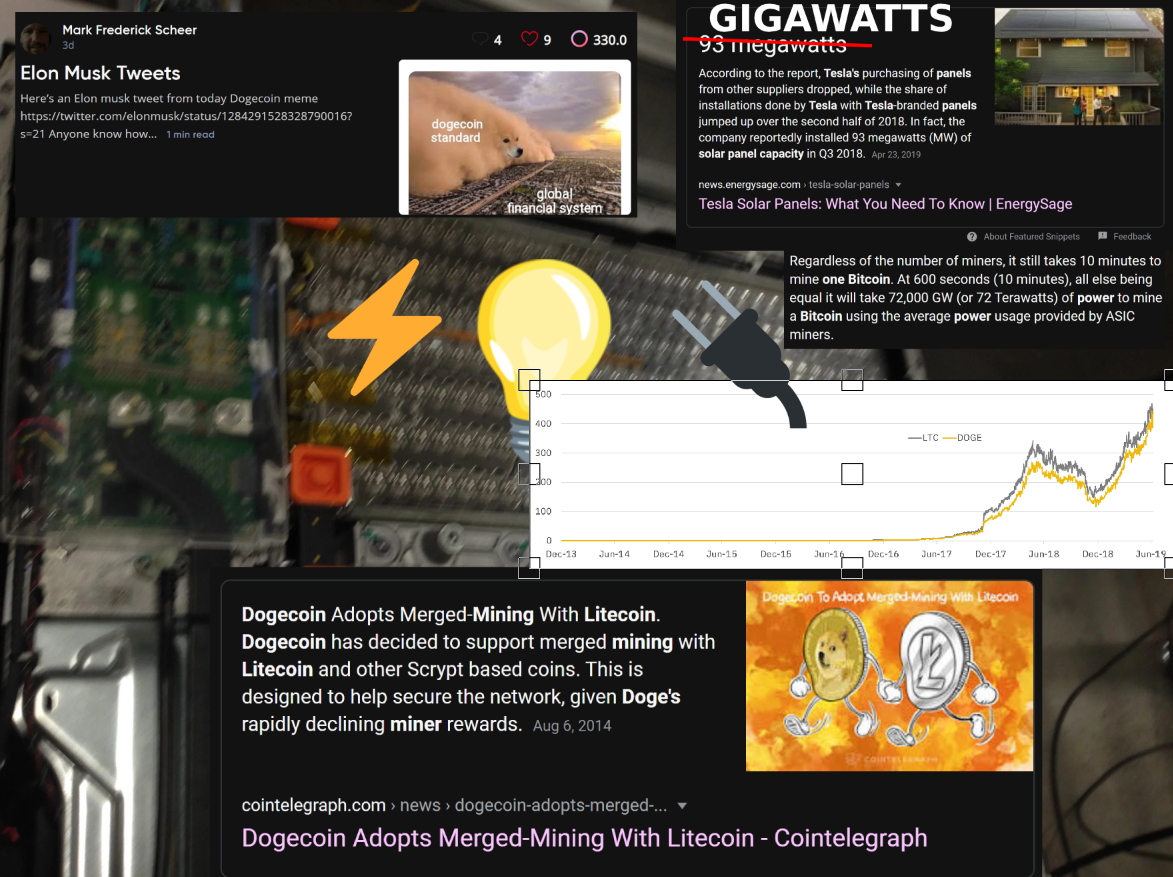 use doge to buy electricity credits to spend on power bills, mine doge via litecoin POW with the excess you cant use or sell to neighbors, liek storing electricity , and if its "solar green" they can feel less guilty, all a big fucking scam because solar isnt any better than ediesel and propane and diesel power plantrs are so cheap theyll mine all the actual BTC and solar will duie and we will end up with @verbz Searl effect generators 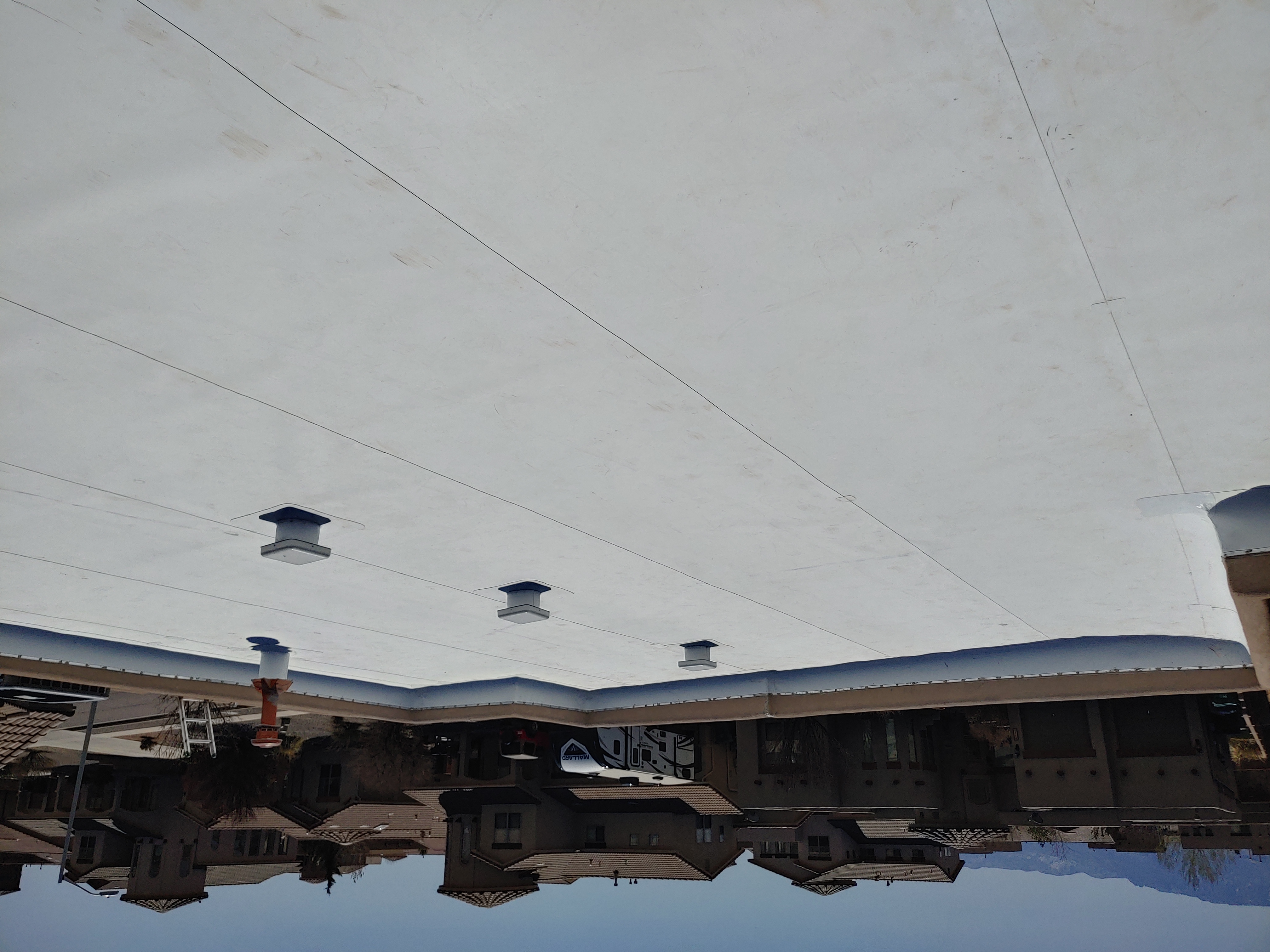 I will be stacking the Solar Panels up here soon. And StarlinQ.

I still have a good deal of LTC that is definitely at a gain right now. I should look into moving it into one of the other tokens that you mention. That is a really great idea. I don't have enough to be worth more than a couple hundred dollars. So no big loss if something ends up happening. It was my firs every crypto though.

It was one of my first too, I do have some left - I think I've got 3 sitting in blockfi, I couldn't bring myself to sell everything!

And you never know, it does sound cool, it might carry on growing just because of that!

Well crap, maybe I shouldn't sell mine now... I think I only have about 1.5 of them left. I used a lot of them to buy other things.

I'm holding some waiting for a pump. It's seen no real action yet for this bull market. I just want to see 500 and I'm out.

I have no real use for it and can easily put more into hive and keep growing here.

$500 would be nice, but there's so many other options which just seem to be a better investment!

I hold some merely for speculative value. I have been selling a bit off here and there though. Mostly for BNB to funnel into DeFi!

I know what you mean about BNB - it's painful buying it though!

It sure is now. I remember when I had a stack and it was thirty odd dollars a piece and I sold them thinking, why the hell am I holding on to this binance coin surely its peaked!? lol!

Oh - news to me, I will check it out cheers!

lol the part about trading some for some cake...I definitely would have to regrets doing that

It's doubled in price since though, better than LTC!

I just moved all my LTC over to hive because of this post.. ITS YOUR FAULT!!

Did I mention that wasn't financial advice?!?

Still, Hive I think is a good buy!

Lol, its fine!! I needed a reason to stop looking at the price.

You are basically describing my frustration with the alt coin market in general. On a long time line BTC just seems to kick everythings ass. Which is unfortunate because it has no features that are appealing to me.

It's not private, it's slow, doesn't have utility like coins supported by blockchains capable of running smart contracts etc. But it just keeps going up relentlessly.

Litecoin will blow past 1k soon. It probably will outperform, its not going anywhere it has the second longest history behind it after BTC, it was the first alt coin etc etc. That all speaks for itself as well its POW means its staying for good. I use it now to move money out of Binance to coinbase because the fee is 30 cents instead of 30 dollars. It has its place and i doubt it will go anywhere, when its blazing past 1k yours and everyones perception will change with it. The thing about all these new coins is that they are new, and shiny, thats what gets people excited. But ultimately POW coins are the ones you want long term.

Interesting perspective, I'm not saying I won't buy back in, but I'm just not feeling it ATM.

I've got some pooled with BNB - and the way the later's been performing I've gained 50% more LTC than I pooled!

I'm about ready to start stacking a bit more BTC, I might just stack some LTC along the way.

you might be right but LTC is setting up a really long technical trading pattern that might be about to break out vs BTC. I actually picked up a few litecoin last week as I believe it might be going up in the coming time. If not it's not to bad and it will do better than a stablecoin so no prob there

I need to research a bit more to see what the medium and long term prospects are!