Maybe the Retail Folk Won't get REKT? Or Maybe They Will.

scaredycatguide (75)in LeoFinance • 2 months ago (edited)

One of my favorite lines in investing is "nothing has to happen." It is something I have embraced, especially since my favorite investing line of "the market can stay irrational longer than you can stay solvent (or we can say sane).

These play into one another and in the end are mantras to remind us just how mind blowing investment markets can be. 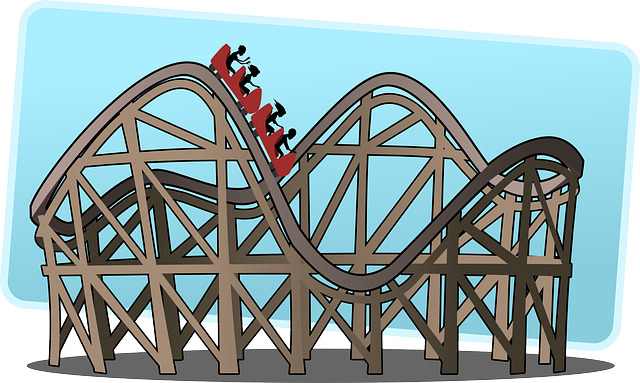 Many examples but we'll look at the obvious one.

As people, especially retail crypto folks who have "bought crypto" on robinhood, pile into random coins all willy nilly, the greater fool theory comes into play more and more.

Now again, nothing has to happen. Which also means anything can happen. Therefore the DOGE mania can do whatever it wants.

Doesn't matter what I think. However, I wish all the retail folk atleast knew all the info so they can make an actual informed decision.

DOGE Whales To Rule Them All...

Granted these stats are a few weeks old, but the overarching theme is still there and I bet most of the new normies have no idea.

Like that fact that ONE WALLET hold about 28% of all DOGE. Or that nearly 46% of all supply is held by just 11 portfolios.

Furthermore, all the people that bought on robinhood don't actually own doge. RH holds the actual coin and is suspected that their holdings have turned the wallet into one of the big whales of doge.

Maybe that is a saving grace as those doge should only be sold when their customers sell the corresponding derivative on RH.

Or maybe that will be what keeps the tide flowing lower if and when one of the big whales decides to dump.

I've never been a fan of when a coins has a really big amount of supply concentrated in just a few hands. And DOGE is one of the worst cases of this.

That is not to say I don't own any coins in this scenario, but I'd prefer if it weren't the case. That is just one factor in deciding if I will invest in a coin.

However, I'm probably not investing in the one that has the worst case of it, which is basically DOGE. Amongst many other reasons I don't like it, but anything can happen and society can decide to rise up and use DOGE as the new thing.

Which is why I know better to short it. Well, not atleast until I see some kind of blow off top followed by a nasty red candle sell off. Then I may place a bet.

In the meantime, I'm rooting for Mr. Retail investor because and breakdown in a coin is overall not a good thing for the bull market as the bull consists of several things, and one of them is the MoMo and feel good that keeps everyone buying instead of selling. I hope DOGE doesn't F up the flow.

Things should be interesting this weekend with the expectation of Musk and Saturday Night Live doing some kind of DOGE skit.

What a world we live in right now. To the moon! (haha how could I not?)

Cannot wait to see what Sunday and Monday have to offer. We will all be watching numbers this weekend (though, when are we not?)

I didn't know so much of DOGE was in the hands of so few people. I was just talking with a friend, and he called DOGE "the peoples' coin" because there's no company behind it.

I'm curious, how does this compare with other tokens?

People are funny. Doesn't that make BTC the peoples coin too then?

You would think, except it seemed like it was a distrust of who might be behind Bitcoin. I didn't care enough to get into it :)

Great Neutral breakdown with some solid narratives thrown in for grokkability. I like it and generally I "agree" nothing "has" to happen, but something is gonna. You can act or react, but don't get caught like a deer in the headlights either way. Play smart do your research...

Who could be that one whale owning 28% of all the DOGE?
As unexpected as the rally occurred so will the dump. Billions of DOGE money will leave towards other projects and that's typical market flow. I'm just hoping most of it will hit my coins :)

I feel like SNL with Elon has already been priced in before it happens. We see this often if not all the time in crypto. When a halving is coming up, talk of reduced rewards or burning of tokens the markets normally react to this with a rally before it actually takes place. Then when it does take place we almost always see a sell off. Buy on the news sell on the implementation?

I would also say pretty much EVERY cryptocurrency has whales where a main concentration of it is held within a few wallets. Take Hive for example, Bitcoin etc. It's because upon launch only a few people know about it and it takes a lot of marketing and news to get others involved. A truly decentralized token would award an equal share to EVERYONE and let them have at it from there. I don't believe that will ever happen though we will always have whales just because of the way things are.