Decentralized Finance Is The Future

In spite of all the attacks, the latest by Elizabeth "Pocahontas" Warren, cryptocurrency is forging ahead. This week, we all witnessed the news coming out of El Salvador as the President of that country throws its hat into the crypto ring.

To the critics discontent, the industry keeps expanding a great deal. This is something that is providing the foundation for a completely new way of transacting.

At the core of this is the use case of Decentralized Finance. DeFi, as it is known, is really expanding. Keeping in mind that it really only started to gain traction in 2020, the rate of acceleration is very impressive. Certainly, there are setbacks with rug pulls and an assortment of nefarious activities. However, in the end, it will win out. 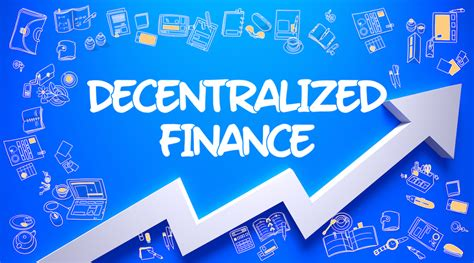 Would you go back to drive to the store to rent videos? In fact, would you want to return to a horse and carriage days?

The answer by almost everyone is no. Of course we would not want to go back to those old ways. The reason for this is the newer innovations are simply better ways of doing things.

Few would argue the importance of the automobile. At the same time, while not on the magnitude, streaming is much better than the old video cassette rental industry. Who wants to spend $7 for a couple videos when, for a few bucks more to an outfit like Netflix, one can watch thousands of hours of content?

Decentralized Finance is simply a better way of doing things. It is a technological advancement that is probably not at the level of the automobile but does rank higher than the innovation we know as streaming. This is going to change billions of lives across the planet.

The key benefit to DeFi is that it allows for financial services without the use of intermediaries. This is crucial. Right now the financial system is stacked with gatekeepers. They are the ones who decide who is involved while excluding those whom they want.

For this service, there is a large amount of money extracted from the system. The return, for society, is not that great. Once established, the companies operate on autopilot, collecting fees for an automated process.

DeFi does away with all of this. Instead, it allows for software to oversee all transactions (something that the intermediaries utilize for the most part anyway), providing open platforms for people to use.

Much of the criticism of DeFi, as well as crypto, is that it allows for people to operate without regulation. Many fear this will only increase the fragility of the system. This is a viable complaint as we saw with some the shenanigans that people are engaging upon.

However, we have to be careful about drawing these types of conclusions too soon. All technologies has a potentially negative side. The Internet was one of the biggest breakthroughs for humanity yet there are a lot of negatives to it. That said, I don't think anyone would say the world would be better off without the Internet.

Here they are one. There is no way to separate the users of this technology from the speculation. Simply by utilizing most of the platforms, one is involved in cryptocurrency. We also see DeFi showing up everywhere, even if it is just a staking mechanism.

Present flaws aside, it is hard to argue that DeFi does not offer the potential for a completely different financial system that is better than what we are utilizing now. Just like streaming and the automobile, this innovation will improve society while making people's lives easier. 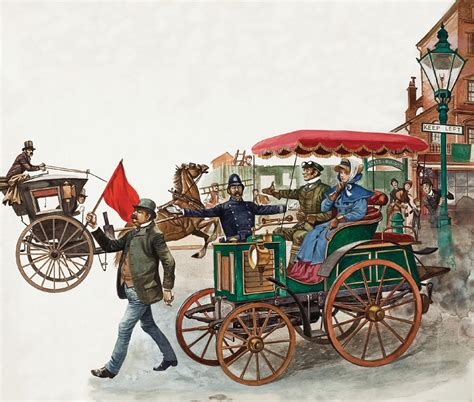 When this was the situation with the automobile, it was hard to see where that technology would eventually lead. Needless to say, the mindset was not on change but rather, how to keep most things the same.

This is exactly what the critics of cryptocurrency and DeFi are doing. They are looking at this new innovation and saying "wait, we need someone in front of it with a flag to warn everyone". As absurd as this seems today with the automobile, it is equally so with DeFi.

We are in the process of seeing infrastructure built out. This is going to be a big step forward. As more financial services are offered in this arena, the use cases will explode. That means the transaction value will climb at an accelerating rate.

Each day this is going to eat into what the present system does. While the elimination of the intermediaries will not happen overnight, just like horses were around for a long time, they will diminish in usefulness. Cryptocurrency is rapidly becoming its own entity with people's holdings expanding on a weekly basis.

The first stage is to pull most of the online transacting world under this umbrella. Cryptocurrency was formed in the digital arena so that is the initial place to dominate.

There will come a time, however, where the entire financial process is linked into DeFi. Activities such as getting a mortgage and car loan will be as accessible as signing up for yield farming. We will likely see many platforms offering those services as people look to lend out their crypto for a return.

Of course, this is all being written with the mindset of what is known. There will be a number of innovations over the next few years that will completely baffle us. People are constantly thinking of different ways to advance this arena. Therefore, it is likely we have platforms down the road which are far advanced as compared to what is offered in DeFi now.

Cryptocurrency is a technology. This is something that is important to remember. Sure it applies to the financial arena but it is still subject to the same advancement curves as other technologies. DeFi could be considered the biggest use case for cryptocurrency. Eventually it will lead from purely a speculative environment to one where we see a plethora of financial services needed that solve problems in people's lives.

More than 100 years ago, there were some saying that the automobile was the future. However, as we know, there were many who were also screaming for "faster horses".

DeFi is akin to the automobile while people like Senator Warren are screaming for ways to keep the system the same. In the end, just like the horse, the likes of Warren will lose out.

Sometimes it is easy to see the future before us and with all the expansion in DeFi, we know generally where this is going.

If you found this article informative, please give an upvote and rehive.

Who wants to spend $7 for a couple videos when, for a few bucks more to an outfit like Netflix, one can watch thousands of hours of content?

Who wants to spend any amount of money, when you can download almost everything/anything with torrent for free?

I had an indian supervisor once, he was using pirate streaming, because if people really want what their content is consumed, there would something which provide all content from any provider/artist.
Good thinking but how apply the Pareto principle in that szenario.

That is true. The internet certainly pushes the cost of stuff way down. However, many either arent aware of that or do not want to take the chance of being caught.

Of course, the Internet is making IP and copyright laws very difficult. We could see them basically obliterated during the rest of this decade.

I dont download, its just too much effort when Netflix is this cheap x)

The DeFi cat is out of the bag and there's no going back! fun part is the majority of the planet have no idea what they're in for.

I think one of the most powerful aspects of DeFi that many aren't talking about nearly enough is composability. I know Khal has mentioned this occasionally alongside the development of LEO ecosystem, the guy in on his game.

Composability (service oriented software architecture) is truly revolutionary in that people are now building protocols designed to be used alongside other protocols. Next-generation financial products are being built with the ability to share value and functionality, while eliminated need for 3rd party intermediaries. A thing of beauty.

That is true. The thing about composability is that it increases the velocity of things. This is from a computer/IT standpoint but it applies to innovations. When you have a pool of resources that are not workload specific, many things can quickly be built on top of it to provide what is needed.

In the financial arena, who knows what this will all develop into. The key is the infrastructure will be available (or quickly can be generated) to meet the needs of any community. Quick spinning out of products as needs are identified will radically change things.

I think the future of DEFI is certain - The trick is figuring out which blockchain(s) are going to survive and thrive.

Personally I wouldn't bet against ETH in the long term, or Rune and some of the other 'smaller' alternatives - I have this feeling BSC's days are numbered, if that's even DEFI, personally I don't think it even counts!

I actually kind of miss Blockbusters you know!

Well, blockbuster was next to Baskin Robbins, and whoever went with Mom to pick out movies got that or some Nachos from 7 Eleven. But still... even Crackle is more convenient.

Why do you thing BSC day's are numbered?

BSC is centralised basically, I think actual DEFI will win out in the end! It's popular now because it's cheap!

Thanks for your response.

The banks last big attack... it looks like they are scared...

Hey @taskmaster4450, here is a little bit of BEER from @pixresteemer for you. Enjoy it!

Thank you for this article.

I get inpatient and forget that Defi can mean car loans, and mortgages. It is just a little baby, and we must keep feeding it and nurturing it.

Congratulations @taskmaster4450! You have completed the following achievement on the Hive blockchain and have been rewarded with new badge(s) :

Animal lovers shake their heads while reading your analogy with cars and horses :P, I bet you don't pet your car :))

Defi is certainly yet to stay. Glad to have to gotten a taste of the experience through Cub

I Believe we are still in the earlier phase of what it has to offer. We'll surely see more innovations and what this can do as time goes

There is no doubt that this is unstoppable, no matter how many obstacles the elites put in the way, the defi will always come out on top.

There should be a name invented for those who are ignorant enough to buy into these things. I mean how are these people making any sense out of these "investments" other than finding a greater fool to sell the token to?