We're back on top!

What a night for celebration, Hive! I’ve seen this happen several times since 2016 and it’s always a complete adrenaline rush. I lay her in bed obsessively refreshing CoinMarketCap, watching the Hive price moon. I think it’s great that Hive community members are making money, but it’s seeing the token price start to reflect the value that it should have. We’ve been undervalued for a long while now. Not to kick STEEM while they’re down, but I’m gonna. So satisfying to see that. 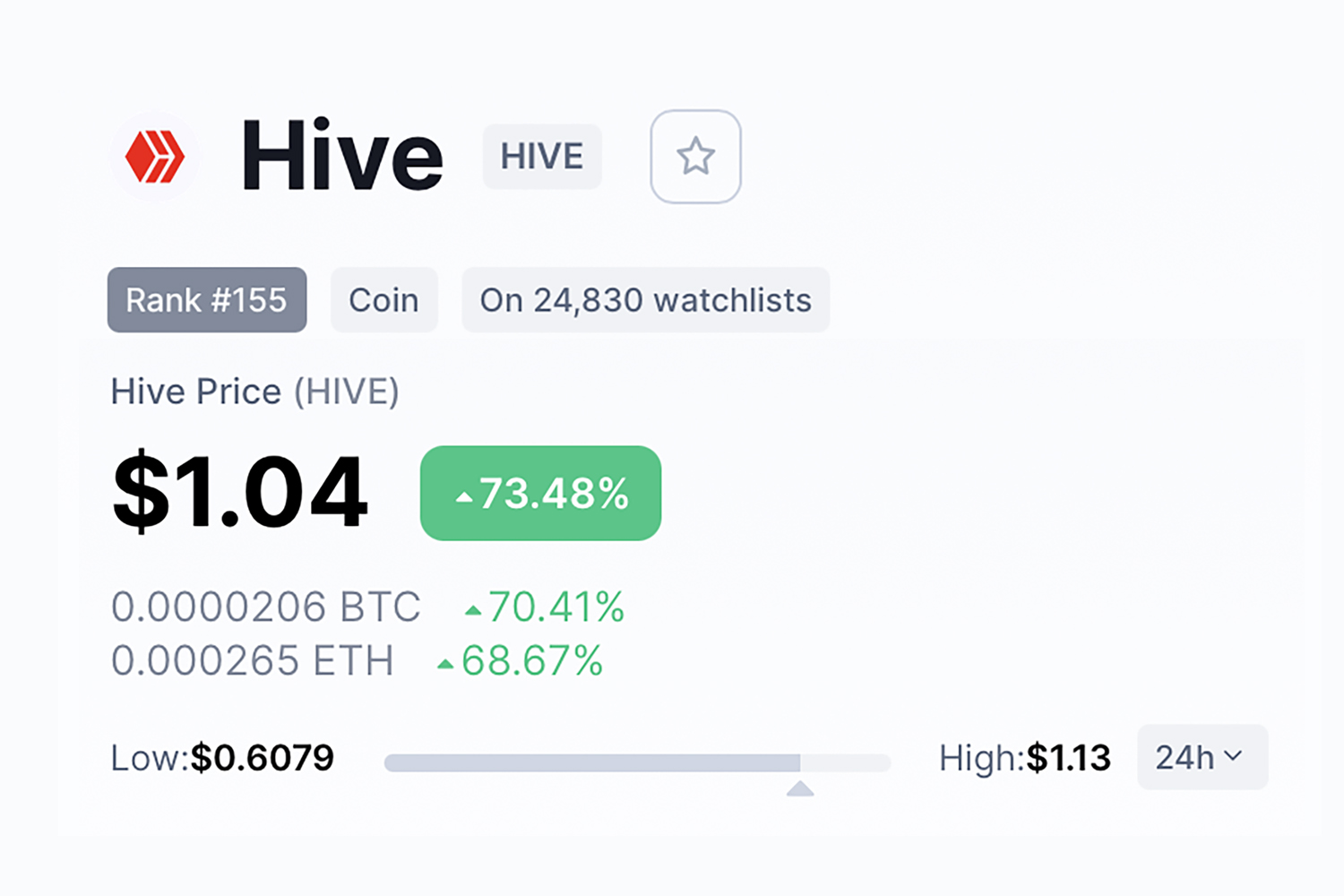 I do freewrites on here from time to time, and the Hive pump has me sort of manic tonight. For years, I blogged nightly when our token price was around $0.08. It wasn’t about the rewards, really. It was just valuing and respecting our community and this platform. As Steemit, before Sun’s bastardization, it was my online DAC of close friends like @mada, @roadscape, @lovejoy and others. As Hive, an even more decentralized space without the quagmires of @ned’s mismanagement and shortsightedness. 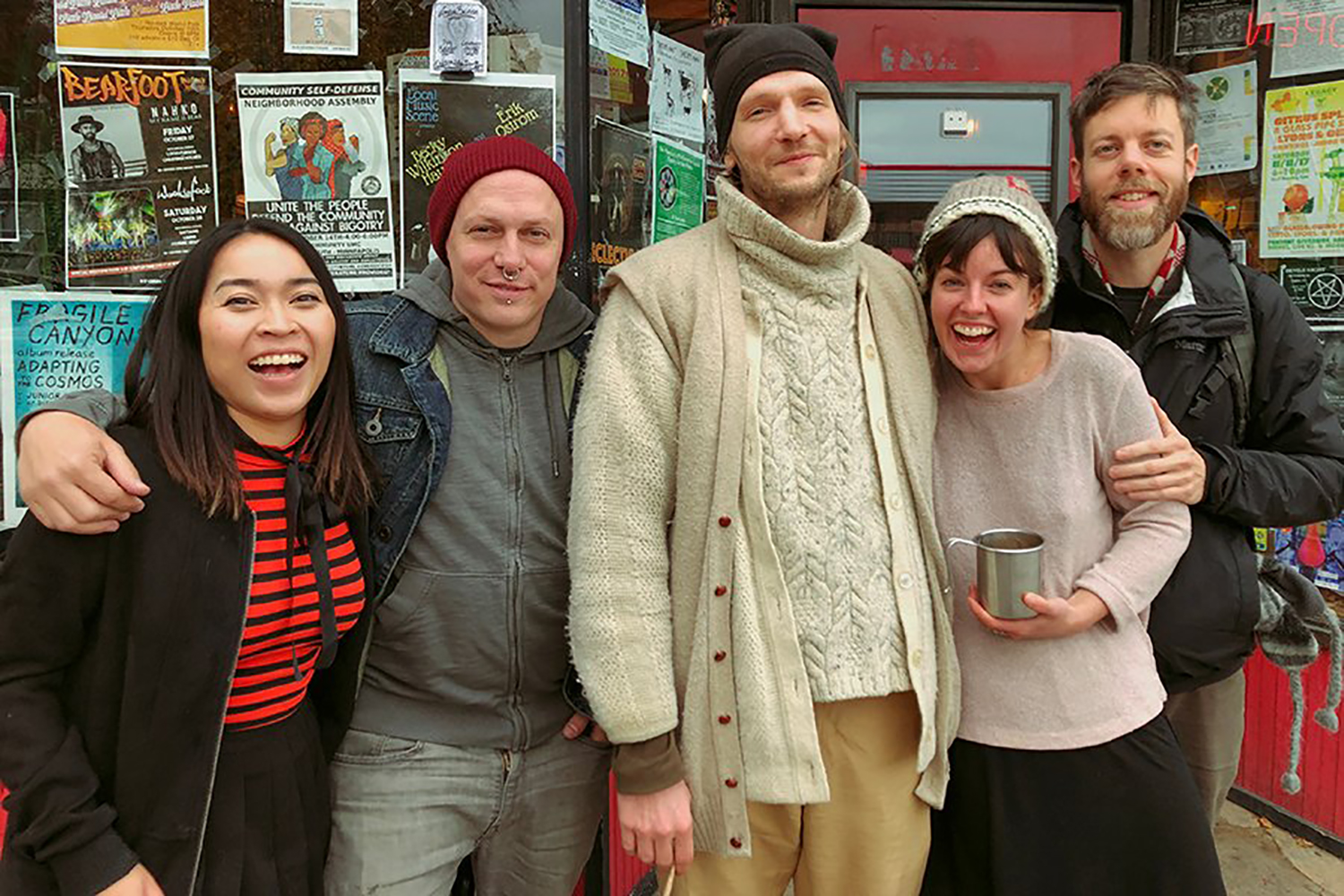 Our survival story is going to be something of blockchain legend. That’s the truth. The story of how we staked every available token to save this community. I’ll never forgot how we consolidated to prove that platforms can be bought, but communities can not. Sentimental, yeah, but seeing this 90º 24 curve reminds me of Hive’s perseverance. I’m grateful to have an alternative to the Facebook’s and TikTok’s of the world.

I’m winding down from a long day, and a long week. We’re juggling over half a dozen big projects at @facingsofficial, many of which have required a ton of art resources. Meetings, meetings, meetings, but @swarddraws, @ghostfish and I have been making time to develop a really gratifying project that will be releasing near the end of this year. I wish I could say more about it, and share some art, but alas, I can’t. That is one thing that makes it much harder to share nightly blogs here on Hive. All the MNDA’s.

I put several hours in at @caffetto this evening. When it I finished, I rode my EUC [electric unicycle] back home and got caught in a misty rain through downtown. It was actually kind of refreshing. A nice way to end the summer and welcome the fall. For the last few hours, I’ve been winding down, playing Magic: The Gathering Arena and mentally preparing for a big shoot tomorrow. A good time to end this stream of consciousness, but thank you for the Hive loyal that have earned this day.

I think we deserve this after all we've been through. Not that I'm selling yet. Its great to see the HIVE price go up. I think it has something to do with Splinterlands taking off, but we all benefit.

I think we still have a long way to go but this is for sure a milestone. I believe that in 3-5 years time hive will be much higher than this since the platform still has a long way to go in development and usecase.

Cheers!
Some love for the community finaly :)

I bought hive when it forked from steem. It's still highly undervalued. I would rather say USD is still overvalued. It deserves an explosion like $100 per Hive or something.

It's highly resilient and we have seen that. It's a great platform for DApps. Trust me guys. In near future, by the end of the year. 1 Hive will be equal to $100.

From what I understand, Ethereum is about to reach new heights as well. Something like $50,000 or something.

In fact, I won't be amazed if Hive goes even beyond $100 by the end of the year.

Overall adoption of cryptos is on the rise. Promising platforms for DApp development will only attract more and more capital.