eveuncovered (77)in #photography • 11 months ago A month or so ago, I got a film camera, the Canon AE-1, from my uncle, and I had no choice but to try it out, even though I was not planning on getting into film at all. I was super scared to take pictures with the film camera because film is so precious and there are no do overs without wasting it. The camera is fully manual, with the Canon FD 50mm f/1.8 manual focus lens, so it always takes a while to set everything up for the shot. It took me over a month to shot all 36 images but I finally dropped the film in on Monday, and got my images back yesterday.

I was really scared for what the results would be, and I wasn't really sure whether I hoped they were shit or great, because if they come out good, I would have to get obsessed about film photography, if they would be all shit, I could just abandon the camera and continue happily with digital photography. Spoiler alert: film photography is now what I'm completely obsessed with and want to learn and do more of. Great....

This is going to be a new and expensive venture into my photography hobby. One roll costs somewhere around 8€, and having it developed and printed was 33.90€. God damn it. Sure I could just get the film developed and scanned, but isn't the point of film photography to have actual tangible images. I know it is for me, so I will keep having them printed so I will appreciate every picture more and really think before shooting.

I used this first roll to shoot very different kinds of images, scenarios, moods and lights, to get a good feel for the camera. Immediately as I got the images back, I was disappointed with the amount of grain and lack of contrast and blacks, I want more darkness! The only images that got the contrast I like, were the ones with bright sunlight and harsh shadows, otherwise everything was way too light and muted, even though I have a tendency to intentionally underexpose most images. But I am impressed with how the film handles lighter parts of the scenes, retaining detail pretty well even in harsh sunlight. The contrast and depth of blacks is of course a personal preference, for example my sister said she really liked how smooth the transitions from light to dark areas was.

The film I used was the only black and white the store I went to had, Ilford xp2 super 400 c41, which I will not be buying again. I did some research and the industry favourite is Kodak's Tri-x, and the newer T-max, both of which I will be buying when I visit Hellsinki next week.

To be honest, overall, I am pretty damn impressed with myself. There really weren't that many truly bad images, not many major exposure or focus errors. I could have easily done a lot worse. I really enjoyed the process of shooting film, now that I know that I am not completely lost with it and can in fact take a pretty good shot with this setup. The camera and lens itself I really like and have no intention to upgrade on those, I wanna keep this simple. At least that is what I think now...

I'm sharing you some of the images from the roll, which I took with my iPhone (lazy) and didn't do any post process on. Out of 36 pictures, there were of course a few complete fails, and some really boring shots. Please give me feedback on what you think of my first film photographs!

Ps. I can't share my favourite photograph of the whole set because it is a portrait of my friend and he wished I keep it to myself. I'm seriously bummed about that because it's a good fucking portrait!

I don’t know how much you’d like for the photo of you under the tree, but I am more than willing to offer my resource to have it. To think you’d enter a world as romantic as film, only to completely blow me away, use the lens I love, and burn your style into print, I’m at a loss. If nothing else, I will offer my own prints in exchange for yours. You keep pushing me to do more, Eve. I appreciate it.

Slide into my DM’s on Instagram and we’ll talk 😝 I was looking forward to seeing these today (after your post yesterday). My goodness these are fantastic! Wow! Well done!
Manually curated by @akiroq.

@helpie is a Community Witness.
For more information about our project,
please visit this month’s UPDATE post.

hey, congratulations! damn good % of good images for one roll. I enjoyed almost all from upper 2/3, and less enjoyed the finishing 1/3. gret moth/butterflies shot. and the contrast ones shot in the room in the sun beams. wish you well, go on!

The one of you under the tree is absolutely gorgeous!! We still have melodys film rebel and just happened to have some black and white (i think) film sitting around and haven't quite had the time to finish taking all of them... maybe someday ;) .

Fun! These turned out great! Now I’m scared of where my money will go once I give it a try. I want to develop my own film at home but first we have to clean our the basement. Who knows if I’ll ever get around to it.

I have the same fear! Soon we’ll be selling all our digital photography stuff and trading it for analog gear and developing stuff.

Oh they look amazing, Eve :) You really did an excellent job and your eye for good shots is so obvious in these. I love the thumbnail pic especially and the one right after that, with you on the floor. And the one with the man with the hat in the forest, but they're all really good shots.
Expensive venture, indeed. But judging by these, it will develop your talent and will take you somewhere interesting, artistically, I think, so why not? :D

Thank you so so much! This was for me sort of a test whether or not I actually can take a good photographs and understand how a shot is created. With digital photography I can take a shot as many times as I want and adjust the exposure until I get it right, and even after I don't, I can still fix a lot in photoshop. I am pretty excited to be testing out different films and not be so scared of every single shot I did have the concern that maybe the camera doesn't even work, because that is what my uncle initially said.

Film is a great medium. Yes I remember T-max as one of the really good films, I think the T comes from the way they grow the crystals to give a finer DPI.

You can do some really unusual things with high ISO films too, very grainy of course but the fun of film is never quite knowing what you will get, until you get it.

Just wait til you build your own little dark room and start developing your own stuff, then you will see the magic happen :) Alas I never got that far, but did develop my own reels at the local college. I remember the tutor continually shouting "Keeep that door shut!" ha ha.

These are shockingly good for your "first time". It just goes to show that a gerat photographer is independent of the medium. 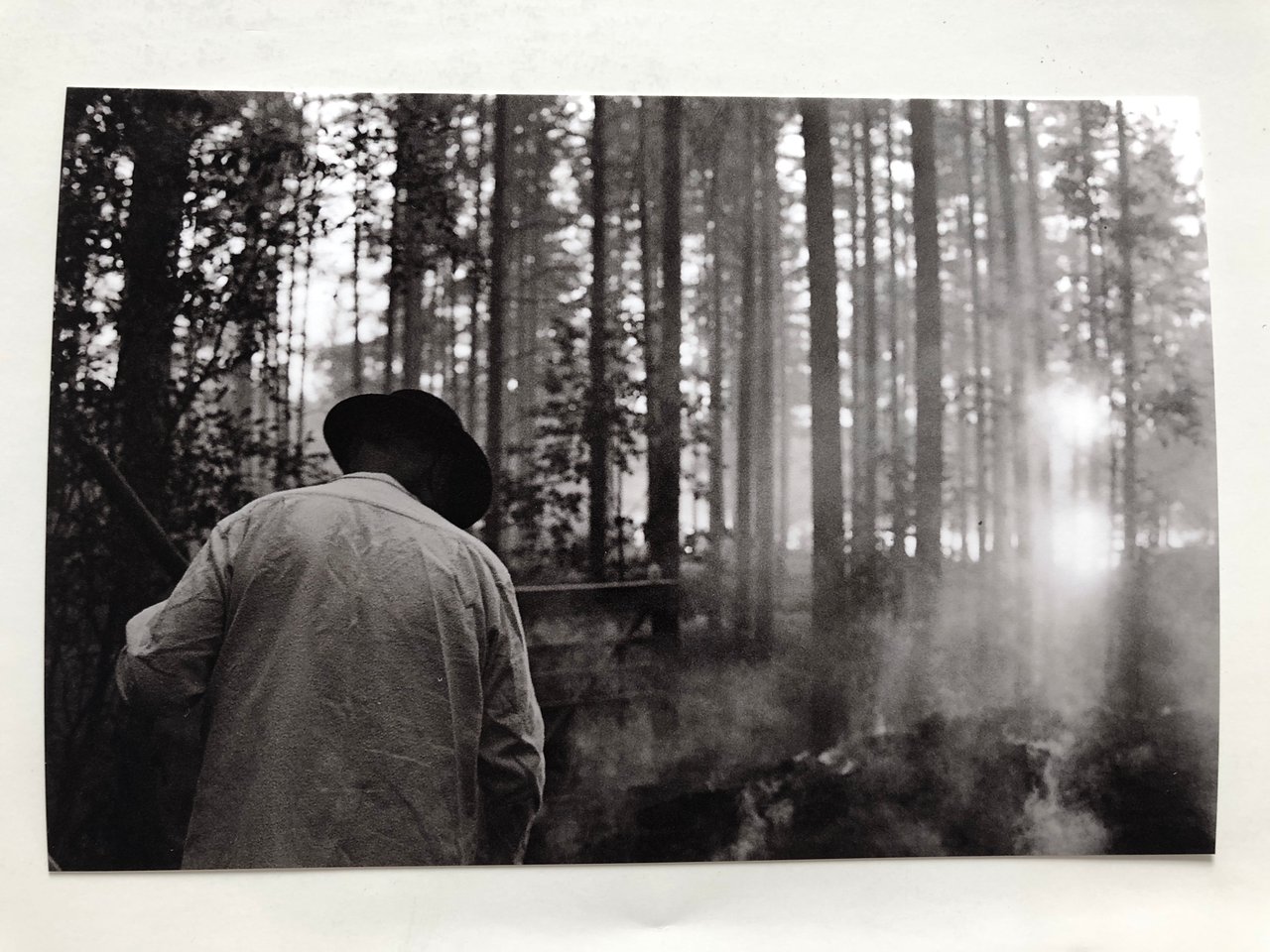 This morbid one could be in an art gallery This one has unbelievable framing, especially since you can't preview it first 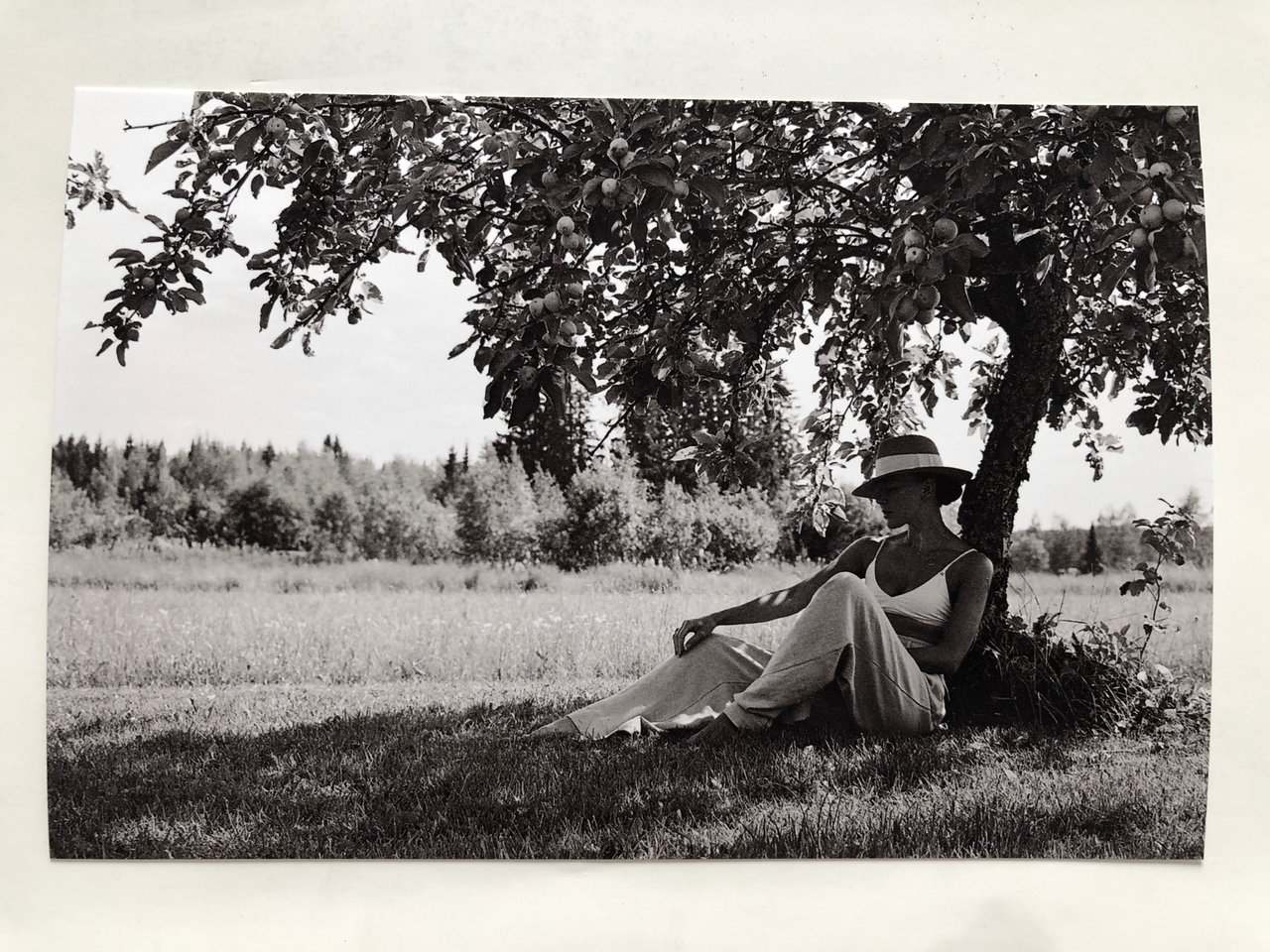 How are you this good?

wow, that is some praise, you are making me blush! But I gotta admit something about the last image, and some others too, I took shots with my digital camera at the same time so I could see the exposure, so I kind of cheated with some of them. Though it's a different lens and light acts differently on film etc.

Nothing wrong with that haha. People use external exposure meters all the time (as they should). You still have to frame correctly and see the photo in your head first, which isn't easy :) . I am fine with those numbers.

the one with the river weeds😍

But that is a boring one!

There are few things that are more exciting and nerve wracking than getting a roll of film developed. I’m guessing we can look forward to the documentation of the dark room you’ll soon be making in your apartment;-)

This post has been manually curated by PhotoStream: The Photography Tribe!

This post has been manually curated by PhotoStream: The Photography Tribe!

I quite like how the film turned out, even though it lacks contrast like you said. Unlike digital in film photography it's a general practice to overexpose on purpose cause the highlights handle it very well.

I like all the shots, but number 9 is just amazing! Looking forward to your future rolls.

I think I need to look into pushing film to get more contrast. But we’ll see after I get to try Tri-x and see if that already makes a difference.