The risks and rewards of being frozen in time

I remember from university one lecturer saying that if a business activity can add one dollar to owner wealth, it is an activity worth doing. They meant more in the technical sense than the literal of course, meaning that the goal of a business is to increase shareholder wealth and anything that can do so, should be done, or at least considered.

Yesterday, one of my colleagues was saying that he hopes that Bitcoin doesn't just spend the next weeks being boring and hover around sixty after the recovery and I said that as long as the alts climb, I don't mind BTC staying boring. This morning when I arrived, they said "you must be happy because the alts are all green" and I said, sure, but it is fake green.

I had to explain that due to the dip, just over 24 hours earlier, the green doesn't really mean much, unless buying.

Which I did a little. 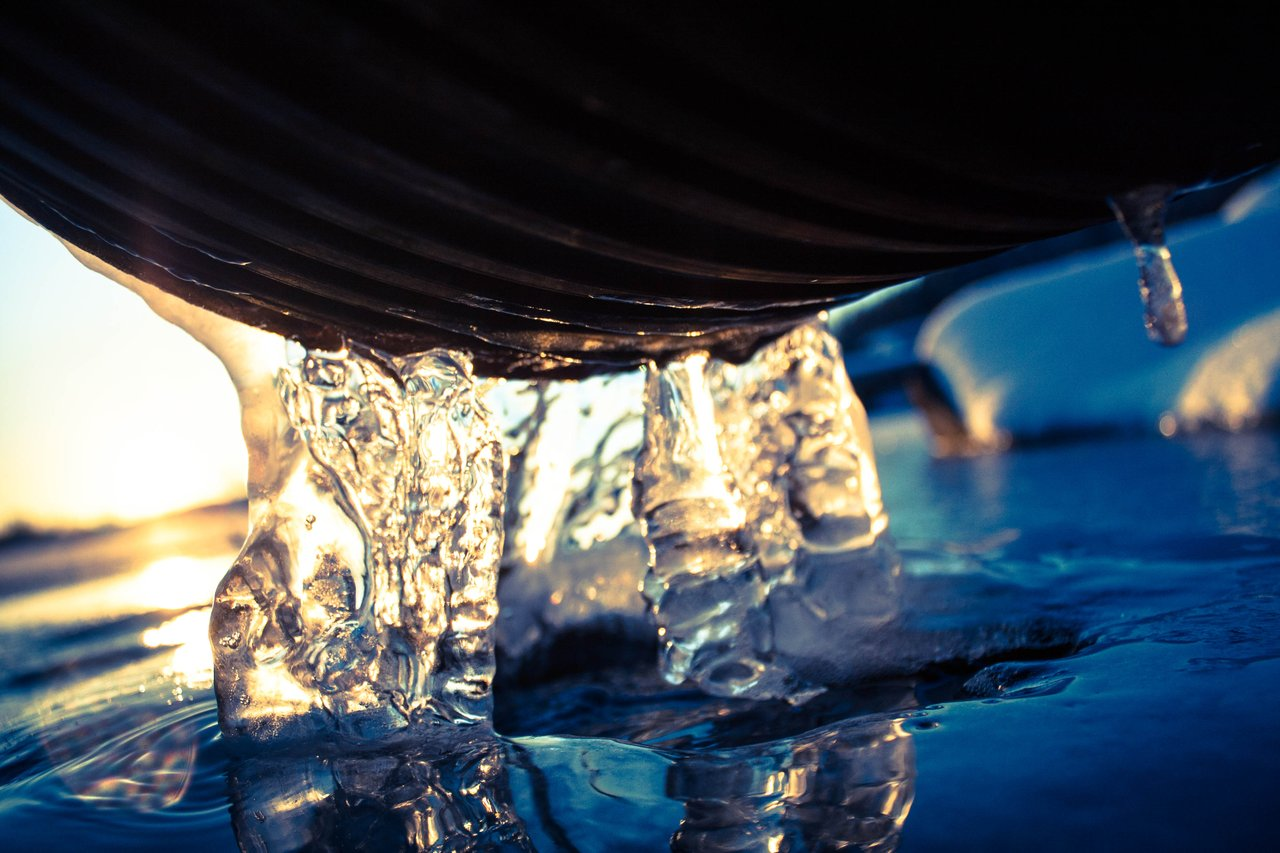 Later as we walked from lunch, we were discussing market volatility and the potential to buy or sell and I was saying that a lot of people make a conflicted buying decision that goes against their belief of a future price. For example, if you think that Bitcoin is going to go to 300 thousand dollars this year, at what price will your last buy be? Are you looking at the 500% gain from here to there, or the price of today? If you will not sell until a certain price is reached, technically, you should be buying all the way up until near that price, as it would offer gain.

Of course, a risk model comes into play here and people will not want to over extend and the like. Also, if buying all he way up, perhaps the percentage gain toward the top is no longer worth the risk. For instance, If 100K dollars was spent on Bitcoin at $1000 each, it might not be worth spending another 100K to buy less than 2 more now. Even if Bitcoin doubled in value and it would add another 100K into the kitty, relative to the first 100 BTC bought which will be sitting at about 10 million dollars worth, the extra 100K will seem insignificant. Though at that 100K top, another person to make 100K will have to spend the 10 million and hope that it goes up to 101K for a 1% ROI.

It is about risk and reward, but it is also about belief in the future, where there ae people who constantly believe in the higher prices and will hold until they are reached and there are other people who are constantly thinking that every dip is the sky falling and will constantly sell. Some FUD on crypto and loose hands drop billions, but they don't seem to think about who is creating that FUD and whether those same people are buying the dip from under them, with a strong belief that the future will see them make gains.

I believe that crypto is far less risky than many people believe it to be, unless they are looking to get in and out on short gains. The reason is that I believe that this is the start of an industry that is already attracting attention globally and getting traction in investment circles, even though it really is a tiny slice of the global economy. With only a two trillion dollar total cap, there is a very short way to fall back to zero, but there is an enormous amount of room to grow up into.

Risk and reward - little to lose, masses to gain. There is an enormous asymmetry in crypto in this area and while there are risks involved for individuals that stay narrow or back the wrong horses, the industry itself has pretty much only growth potential ahead of it. The problem individuals face is that we are often driven by greed, wanting to maximize to the last cent, even if it means exposing ourselves to risks that are no longer offering the same reward. The higher the purchase price goes, the greater the personal risk exposure becomes, whilst offering less upside potential.

For exaple, I am still buying HIVE as I believe the price will climb far further than the current price, but at some point and based on the amount I have already stacked, it will no longer be worthwhile me buying, because if it does moon hard, I have enough "cheap HIVE" to benefit, but the cost of buying doesn't add enough of a return. I have bought at higher prices than today and I still think it was a good deal.

I was thinking about long and short views today and life in crypto warps time immensely. I have been in for 4 years in some way, but only relatively heavily for 2 in regards to value, but it feels like 15 and I have aged 25.

Based on your belief in the future of crypto and using Bitcoin as the yardstick - in a hypothetical scenario where you were going to be frozen in time for 5 years and given the option to sell now or to wait until the thaw, knowing you had no ability to adjust during freeze time, what would you do?

How much faith do you have in the Bitcoin Stock-to-Flow chart? 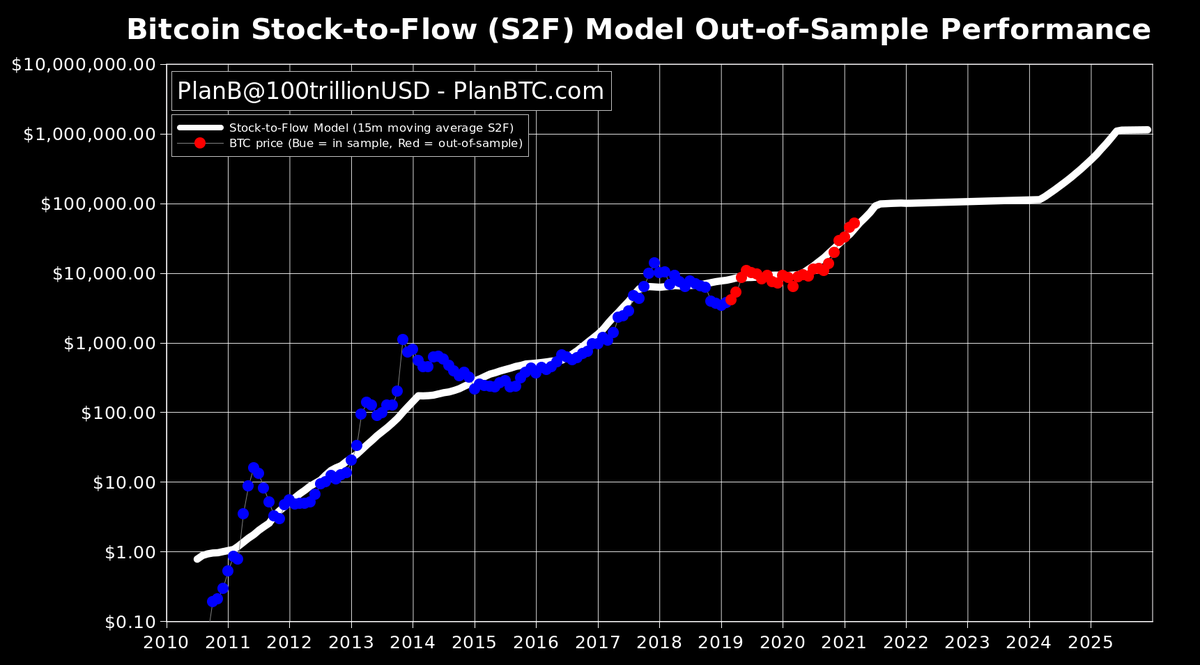 If you sold one bitcoin today, you would have 55K dollars in five years at the thaw time. If you held that one bitcoin instead, what do you believe it will be worth?

Obviously, there are many life conditions that go into our decision-making processes, but it is our belief in the world that drives our behavior and while there are a lot of people talking a big game on the future of crypto, when it comes to putting the money where the mouth is, there are far fewer real believers - because at the first sign of FUD, so many drop their coin.

Most people in the world do not have the long-term investment mindset and while they might want the return of early investors, very few actually have the patience to lock up their funds into a risky situation for any long-term period of time. However, the hypothetical scenario above is not the only option, it is no longer buy and sell, there are alternatives out there and in time, I believe that these alternatives will make crypto so enticing for investors of all sizes, that the traditional investment markets are going to have to pivot on their models to catch up, r face complete devaluation to zero.

One more question to finish:

If you did choose to sell the one Bitcoin for 55K today before being frozen - what do you think that 55K will be worth 5 years from now?

In five years the $55,000 would be worth almost nothing. The money would have been spent on nice to have but not really need things, like any windfall of cash. A new car, new shoes, new clothes, new computer and that once in a lifetime vacation.

If they took it out and bought gold or silver or some other so called inflation beating option, then it might retain about 20K of value. I don't think precious metals do well as a hedge against inflation myself, some will disagree.

It was either play money, (to buy toys with), or retirement aid money. For me I am still working my five year plan, but when I sell it will be to aid in retirement and offer a little fun money up.

This is how I see it too. Even if held completely, inflation will diminished purchase power by about 20% in those 5 years, maybe more at the rate of inflation print.

Fun money would be a welcome addition to my life at the moment - all my fun is trying to get there currently :D

You will get there, you just have one more reason than I did, so you need to think about your fun money for yourself, because I know you put yourself last. Got to take care of and plan for smallsteps so she gets a good start on adulthood.

After I got married, I had to stop just willy-nilly spending and think of someone else's needs not just my own. Still a little stuck away for a rainy day is a good idea. The rainy day being the day you just need to get something for yourself.

Well predicting the future is a nice mental exercise. It could be worth much more or much less. You don't know as the most certain thing is change. I find it hilarious all of this thing happening to Doge that many did not see while some did. Predictions about crypto always have a hope and wishfull thinking into it next to the real economics behind it.
It will be worth what you are willing to imagine I guess.

find it hilarious all of this thing happening to Doge that many did not see while some did.

I don't think many/if any saw it being like this - they just held because it wasn't worth getting rid of :D

I think that when it comes to the 55K, the future value of it is going to be significantly less than today.

Time will tell, we will see the outcome of everything years from now.

in five years one btc could value around $150k maybe, by the way you looks like a man near to 30, i am a little tired with my 35 yeard old, but here we are.
waiting for the next 5 years, try to buy and hold a little piece of coin of every interesting proyect.
cub, leo included as a principal investment.

Because I read you a lot and really admire your opinions
What about bitcoin, buying at 55k, and selling at 60k?
Gain, waiting, stress and anxiety
How about Safemoon and other Shitcoins and win 10x in just a few days.
How about the game?
Are we playing it wrong?

What about bitcoin, buying at 55k, and selling at 60k?

This is not the mental exercise - however, a 5000 dollar increase is insignificant with one Bitcoin for someone like me, as where I live is so expensive it amounts to about a month's salary. For Bitcoin price to make a real difference, it would have to be buy at 55, sell at 200K :D

Congratulations @tarazkp! You have completed the following achievement on the Hive blockchain and have been rewarded with new badge(s) :

I need to move some more funds into Hive. I have been making some money on some of my other investments and it is only right that I should be moving some of it back into here. I just need to get around to it. I don't worry about maximizing every little thing. I am sure I have lost a bunch of money here and there when you add it all but, but I also had some big wins, so in my mind that makes up for it.