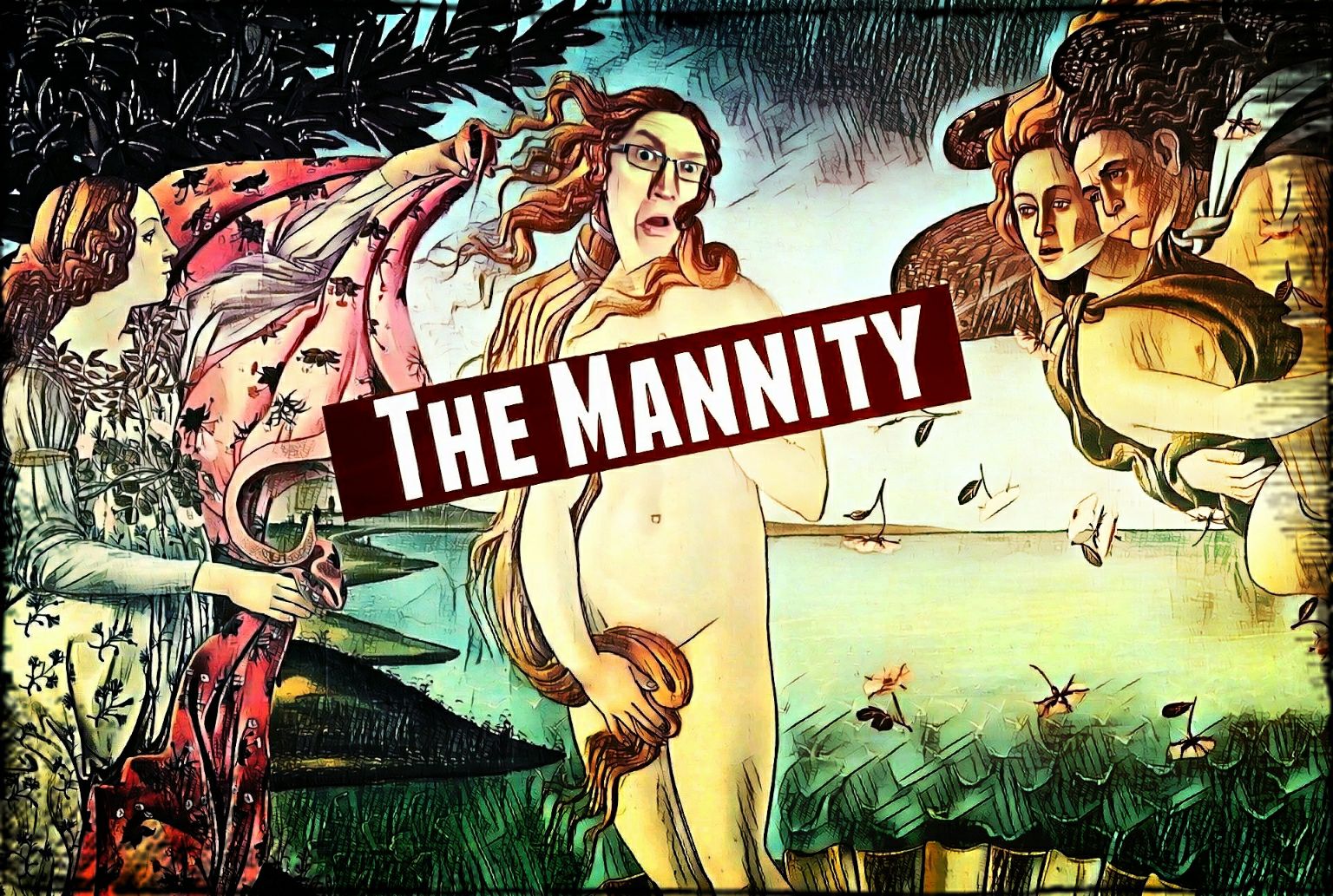 Hey darling, how's the wing-mirror, is it fixed yet?

The Good-Lady trillled like a prize budgie nibbling one of those big seedy balls.

I made a weird hissing noise like a snake in a fire.

No. The dude from the garage phoned. The new one is coming on Tuesday and I have to take it in then.

I winced. I didn't like talking about the wing-mirror. It was an affront to my manhood. The memory of the day before rushed through my head.

I had raced to the supermarket for a beer run. I was in and out like Zorro on his wedding night and had trooped back to the car with a spring in my step despite the case of beer in my arms but then the sight that awaited me stopped me dead in my tracks.

In the mere brief moments of my beer shop someone had had intercourse with my car.

Meaning of course that they had fucked it.

I almost dropped my beer.

There she sat, immaculately parked in her bay with one wing-mirror forlornly hanging by a thread.

Who did this to you?!

I yelled, casting my head back and forth like a sick cow as I attempted to spy out the car-fucker.

But as hard as I looked, there was no car-fucker to be found.

I got in the car and drove home. I reassured myself that it would be ok. I could fix this. After all, I had a garage full of duct-tape. How could it not be fixed?

Back home, I duct-taped the car for hours until it resembled a suit of armour's penis but to no avail. The damn wing mirror wouldn't stay fixed in place.

To add insult to injury the mirror was so cracked that looking in it reminded me of the Bruce Lee fight with that old pensioner in Enter the Dragon.

And so, I had to swallow my man pride and call the Garage.

The Garage man, as friendly as a man who cuckolded other men for a living could be, had grinned down the phone at me and told me to bring it in on Tuesday and he would sort it out.

Sighing, I put the phone down and cleared my throat in a manly way.

The sound was reedy and thin like a Spaniard's cigarette.

After a time, I had regained some of my vim. There was nothing wrong with not being able to fix something, I told myself.

Yes. I was no less of a man for calling the Garage.

I snapped back to the present. The Good-Lady was saying something, her mouth flapping open and closed like a Sesame Street puppet.

So, I was speaking to my friend Germaline and she said her husband could pop around and have a look at the wing mirror. Rather than wait till Tuesday. That ok?

She beamed like a woman who had decided mid-gammie that teeth make everything much more exciting.

My pendulous testicles juddered backward from the impact of her words.

Wait, what? You have called another man in to fix my thing?

The Good Lady's eyes sparkled, no doubt imagining Big Andy and his smudgy sausage fingers looming over her all covered in oil.

I am familiar with Big Andy, yes. I know you will laugh but I don't really want another man poking about with my car.

Oh god. This isn't about you and your mannity, is it?

The Good Lady rolled her eyes in exasperation as if my mannity was but an annoying thing and not something that was integral to the way that the universe worked.

Good, because he is on his way.

The Good Lady turned away, the matter settled.

I made a sad cat face. Another man, fiddling with my beautiful car? Touching its insides? And me, watching from the sidelines?

I stood up sadly. I supposed I had better go and choose a nice dress for the occasion.

Wait, wait, what!?
Ducktape could not fix it?
Then the garage should handle it!

It is some serious shit.
Another man coming to fix it?
How, can he make the tape sticky icky icky?

What kind of a world are we living in.
A man his castle is his home.
No other man touches what is in it, and lives to tell.

But, as he is quite huge, you might just offer him a beer instead and talk man stuff.

I was appalled at this violation of mannity!! The Good Lady had taken leave of her senses.

I mean whatever next, will she hire a man to clean her pipes!?!

Hehe, it was alright. We did have a beer and lament the inability of the duct tape to fix it. Looks like garage man still has a job :0)

Some sacred things should stay untouched. :-)

Hahaha, yes a fellow man will understand, like a brother from another mother, while having a beer, wondering together how on earth ductape was unable to fix it. Shared pain is half the pain.

The garage man will probably tell you how he fixed it and why you should not use ductape ever. No beer, no fun. Rub it in and there is your bill.

Time for a Gouden Carolus whisky infused now, have to deal with ductape letting a man down.

Hahahaha!! A Gouden Carolus will certainly sort everything out. :0)

The garage man will not doubt shake his head at the foot of amateurs and never let slip his secret duct tape ways. Or give me a lecture for marking my paintwork, lol.

I might have to take up a man-can type course and decrease my dependence on these sorts!

Oh, your mannity has been assaulted!! On the other hand, spammy ham fingered Andy fixed it in a jiffy.

What color was the dress?? And where have you been man? We miss you!

Hehe, he did fix it in a jiffy! He fixed it with a degree of panache I can only envy. Fortunately, the good lady hasn't decided to trade me in!!

I've been chillin with my homies in the hood!! ;0)

Chillin with the homies!!?? You have no move COVID there!? Lucky you. We are falling back into hell here. :(

Yeah, we fell back into hell a couple of weeks ago. It's rubbish. We are all hermits these days. So very over the COVID malarkey :0(

Meh dont sweat it Boom. Us real men have far more important things to do like contemplating much more weighty, world changing issues to take the time to fool around with a silly car mirror :)

That's right!! We have loftier things to be thinking about!!! :0D

I hope when you spoke to Big Andy, you let him know that you would have fixed your wing mirror yourself ... but you didn't have any tools small enough to do the job. Al of your tools were "man sized"!

Lol, that's what I should have said. But maybe I didn't have to and it was apparent in my sheer manly seeming ineptitude!

What.. you don't have one of those fancy cars that tucks the mirrors in when you switch off the engine? My car is ancient.. but still has the whirring tuck in feature.

It has it but you have to press a button to pull them in and annoyingly I don't possess it half the time. Looks like I might have learned a lesson!!

Och, if yer auld woman be sendin' fer another man tae fiddle wi' yer wing-mirror, it's all over.

Or however it goes in Scots.

I think I had an uncle that spoke a little like that...

I had this happened to me: couple of years back (pre-Covid) (we have now learned to call 'time' as PC and AC, pre-Covid and after-Covid; like BC and AD from history books!).

I bumped my wing mirror to a landscaper's trailer containing all kind of junk, while I was fiddling with my car's stereo to play the 'correct' Michael Jackson song!

For a whole new mirror piece it is meant to be nearly 400 pounds and that doesn't include the fitting - so kinda similar! I am hoping that the garage man can work on the temporary fix and do something for a bit less. I doubt it though!

Bloody wing mirrors, I await the judgement tomorrow of the final cost!!

At least you can say, you didn't do anything! You were innocent .... not even bystander ...

Yeek!! Not good! Yes, it was nice not actually walloping into something. I haven't had a prang for many years so I was hired that someone else did on me when I wasn't there.

Ah, the pre-covid times. It all seemed so different!

Hahahaha. Some things are indeed always seen as being the definition of being a man. Like fixing stuff. Duct tape can only go so far.

There should be no limits on duct tape!! Never! :0D

0 Dear .... if another man has to fiddle with your gun, your car or your wife. The horror . Hhahahaha o you men and your egos. But worse is the person who did this to your car and just left. People suck. Hope all is fixed now

Hehe, it is all fixed now. Despite the prospect of the earth exploding in a rage at the almost breaking of the unwritten rule of man we got through it and my good car is usable again.

And, yes. I was mighty annoyed at the buggers for not even leaving a note!

I must honestly admit that I also have a problem with accepting help from others. Glad it is fixed

Damn, the saying "if duct tape doesn't work, use more duct tape" has been rumbled! Maybe just put the duct tape over your mouth to stop yourself from any undue swearing? 😁

He threw something new into the mix when the duct tape couldn't hold it... Wire!! I was like, mercy man the world can't take it but he pushed it in and gave it a twist and boom, everything was righted again!! :0D

Everything you do and you could simply pay someone to fix the mirror ha ha ha we can't fix everything, the good lady has a lot of patience with you and seems to enjoy your occurrences.
Greetings

She wants another man to claim mastery over me, what a bad lady she is!! :0D

definitely you have no remedy ha,ha,ha

And that is what had always been my problem!!

🎁 Hi @meesterboom! You have received 0.1 HIVE tip from @dswigle!